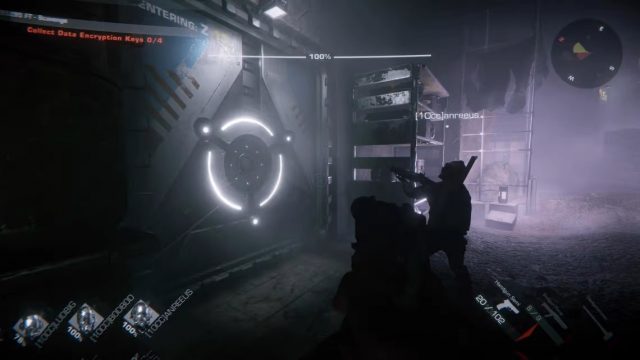 The boss of 10 Chambers Collective, the originator of the GTFO title, believes he hasn’t closed his Payday chapter, from the time he was its creative director. So he announces a new and very inspired title.

In an interview with NMEthe Swedish studio 10 Chambers Collective, known for its unique title GTFO (a horrific and cooperative FPS not made for claustrophobes) unveils its next project. According to Ulf Anderssonthe creative director and CEO of the studio, the next title will be a Heist FPS that will once again rely on cooperationIn short, a kind of PayDay-like.

The game will be inspired by the cyberpunk universe now well known to gamers, with an intrigue around technology and science fiction. Moreover, Andersson, who is an old hand at the Payday license, does not hesitate to make his inspiration official.

I’m back in the heist business, actually – it’s a cooperative heist FPS, and it has a sort of techno-thriller theme. I read a lot of science fiction booksand so I imagine everything that cyberpunk is based on, and a ton of other crap.

But the FPS wants to stand out, and the CEO feels that Payday: The Heist had a big action problem:

This new game won’t be a constant shootout. PayDay Had a massive problem where the action would ramp up, then stay at that level…

The new game of the studio should thus touch another public, which is not necessarily fan of horror and gore with massive waves of mobs to dézinguer in a geyser of blood and guts, although the strategy had its place in the missions. The new game will be a little less punishing:

In GTFO, you can sneak around for at least an hour and then die, right? So there won’t be that hardcore feel to it. It’s smoother mechanically, or you could say, easier to play.

Now we’re hoping for a few more elements, like a release date and platforms. The good news is that the project seems to be well underway.

Sony is expanding to mobile and PC, but what about single player games on PS5?