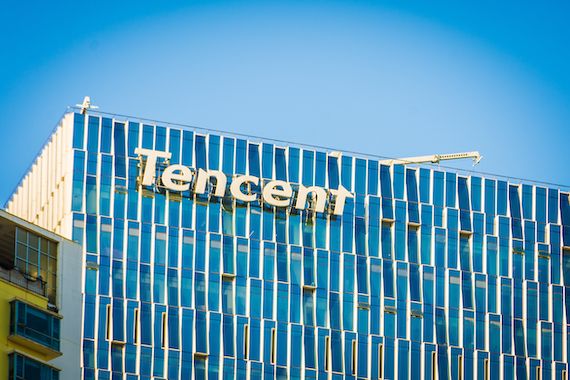 The top 10 video game companies are still dominated by Tencent, which flies ahead of Sony. But the acquisition of Activision-Blizzard should allow Microsoft to take this place.

The video game market has never been betterand transactions between the various companies have experienced record highs in recent months, notably with the bulimia of Embracer, the takeover of Bungie by Sony or that of Activision by Microsoft. Top 10 public gaming companies generated $126 billion in revenue in 2021, a 10.2% increase according to Global Games Market Report of the site newszoo. 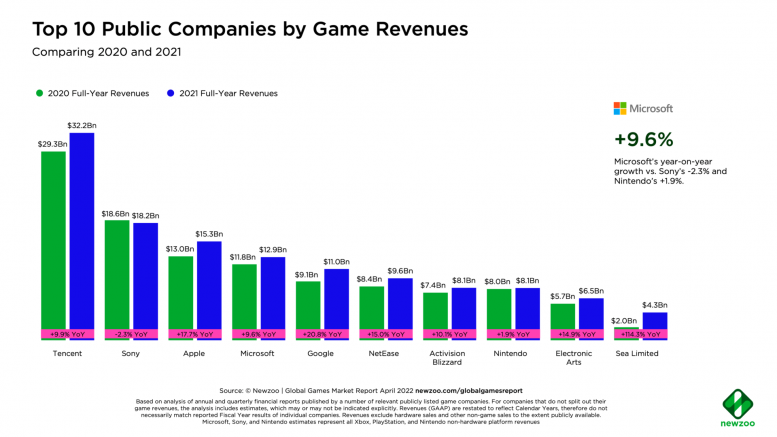 We also learn the content of this top 10, with a market still dominated by Chinese giant Tencent, whose revenue climbed 9.9% to $32.2 billion. The studio benefited from good streaming figures for its Netflix series Arcane, based on the ever-popular League of Legendsjust like his other MOBA Honor of Kings.

READ :   Bully 2 would not finally be abandoned by Rockstar

Sony remains on its second side of the table despite drops linked to the pandemic and its impact on the sale of consoles (-2.3%). Same thing for Nintendo in 8th place. However, Microsoft (4th) approaches Apple (3rd) with an increase of 9.6%, taking full advantage of its strategy around the Game Pass and releases of some high value exclusive titles like Halo Infinite or Forza Horizon 5.

Finally, Activision Blizzard is up sharply, in 7th place, as is Electronic Arts in 9th. The report also states that the combination between the revenues of ActiBli and Microsoft, whose merger should be formalized next year, will allow the new group to overtake Sony and take 2nd place. with 21 billion in revenue. Note that Take-Two and Zynga will move to 11th place with 5.7 billion.