The Vanillaware title is getting a new release and now aims to appeal to the public of nintendo. Which he will normally do without much difficulty. 13 Sentinels: Aegis Rim indeed has all the elements in its possession to provide an interesting experience thanks to an intriguing and complex story. Some of you familiar with the game who read these lines will surely agree. Moreover, on this point, the test previously written on the occasion of the release on PS4 is authoritative. All the qualities of the software deeply imbued with science fiction are mentioned and detailed there. This is why we will be brief on this present version and we will be content above all to break down doors that are already open. 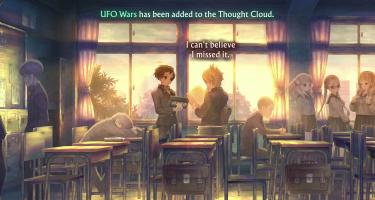 The artistic quality, at least as far as the adventure is concerned, of this Sentinels 13: Aegis Rim is striking. The Switch should not be ashamed of its pendant playstation and offers a much more than drinkable version, both on dock and portable. It is beautiful and above all meaningful. The graphic paste is absolutely not insignificant, it has – or at least it seems to have – a meaning. A quasi-affirmation that can only seem obvious to you. Supposedly, all work is built with this intention.

Still, this work published by Atlus exudes a certain atmosphere, especially through the colors it uses. A twilight dimension emerges. An idea which can in particular be conveyed by the use of a tone flirting with chiaroscuro. What to see there? Is it an incitement to fear, to mystery…? Or simply a nostalgic atmosphere referring to productions PS1 especially? Interpretations can be many. In any case, in addition to dazzling, it seems prefigured – when one approaches the game for the first time – the sequence of events.

“As destruction approaches, the world goes on, people smile…”

Decorations therefore that give life to a universe pleasing to the eye, which houses movement within it, and not the least. We will not say that we are amazed by what is proposed, nevertheless, the detail is stunning. The world (in 2D) is teeming, full of life. The streets and other places that we walk through are indeed not lacking in animation. The hero, or rather the heroes, are located in a space where they are absolutely not the center. People come and go. It’s absolutely fun to pay attention to every gesture, every expression that we read on the faces of people, our heroes or their interlocutors. Which doesn’t fail to impress – although it all responds to a very specific pattern and therefore becomes somewhat repetitive. We are there, in the middle of a discussion which becomes, as it scrolls, somewhat embarrassing for the character and all the discomfort it arouses can be read through the face, suddenly blushing. It is a very appreciable treatment.

READ :   Dying Light 2: here is the map of the festivities 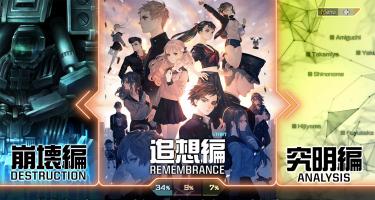 When you pass the title screen, you are faced with three possible choices: the Battles, Adventure sections (similar to a visual novel) and Archives. The latter will notably allow players to learn more about the lore, as well as the events already experienced that you will undoubtedly want to review, just to remind you of certain elements that could have escaped your vigilance. However, this information will only be accessible after having acquired the points necessary to unlock them, something allowed by the combat part. These are therefore a passage in no way optional, which conditions in particular your progress in the adventure. You will only be able to advance if you have completed a certain number of encounters. 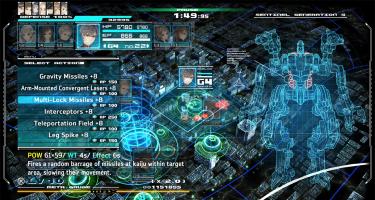 The combat system is based on mechanics of Tower Defense and STR. You thus find yourself on a reduced model of a city, the place of your confrontations. On it, a number of invaders are heading towards the area that you must defend in order to overthrow you. Unsurprisingly, you will have to protect, contain and eliminate the threat aboard your mechanized armors which you will only be able to see in detail through a box appearing when you put your cursor on it. Thus, you will learn more about the name of your enemies and their specialties (close combat, etc.), which will give you a clue on the tactics to adapt. During the confrontation, your offensive team (made up of a maximum of six units) will be represented by diagrams, your opponents the same and will vary in size. It all depends on the “species” you are fighting against. 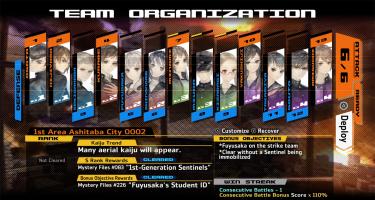 The attacks of the different characters are varied and are based on the units assigned to them. Their combat machines are indeed not equivalent. There are several of them, of different generations. When some are more focused on close combat, others can engage in hostilities from a distance, via missile shipments for example. During these phases, you will gain Metacredits to be kept for improvement and acquisition, such as a RPG. Increased firepower, strengthened defense… these are the proposals.

Here is roughly what you will be offered during these battles – the details can be found in the previous test. It’s simple, a little sober and messy. As enemy battalions close in and close in, readability decreases. And then, it lacks a spectacular side that we would have liked to see or which would have completed the already very remarkable experience of the adventure mode.

A story worth reading. 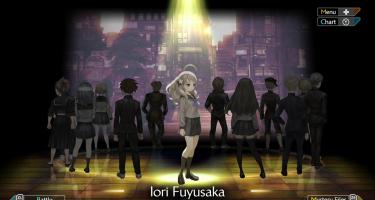 History is not one, it is fragmented. Various protagonists, whose destinies intersect, constitute it. And each of them lives an adventure during which their own challenges emerge. When we meet them for the first time, we are somewhat perplexed by the many clichés that abound here and there. The characters are by no means original. At least, their characters all respond to archetypes that populate the majority of Japanese productions. From the voluptuous high school nurse to the thug, passing by the handsome idol of the fairer sex, we are served. But rather than abuse these oft-used, even hackneyed traits, the writers of 13 Sentinels use them to lend weight to their story. They create a banal environment, bordering on naive, then upset it, if not deconstruct it. Therefore, the player can only be surprised by the turn of events and watch gently, perhaps with affection, the changes that operate in the characters. A variety of thrilling paths, which can also count on a musical atmosphere and a sound design of choice as well as a dubbing in Japanese of quality. A dubbing which is also supplemented with French subtitling.

“An inspired and rich scenario that has different levels of reading” 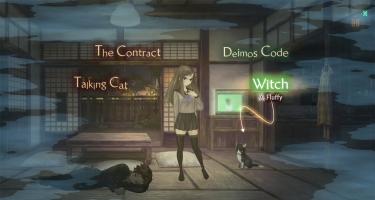 The inspirations of the title are numerous. They come from various works, whether they belong to literature (particularly science fiction), to cinema (from the 80s among others) or even to the field of anime and manga. We will let you discover them. A sympathetic presence which in no way interferes with the game. On the contrary, it is simply a matter of material drawn here and there (time travel, extraterrestrials, etc.) and put together to perfection to give consistency to a work to own and imposing identity.

However, the proposed density may make you face the inability to remember everything at once, hence the need to review the events in the Archives section. The protagonists are numerous and their adventure is divided into several chapters, or rather, several routes, conditioned by the information you have in your possession and the choices you make. These journeys that await them then take the form of an initiatory journey: the hero, initially disturbed, goes in search of the truth and accepts the role assigned to him. A narration, which will certainly not be enough of a passage, to reveal all its secrets to you. Different levels of reading can thus be applied to the work.