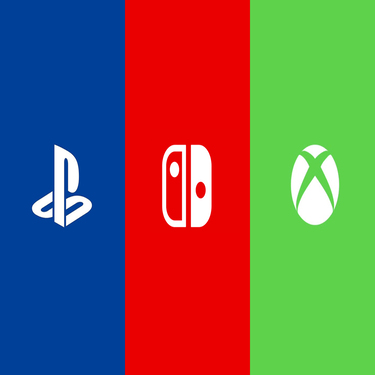 Analysts have taken stock of the year 2021 and have highlighted a meteoric rise in spending in a market where Sony is king.

2021 has not been easy, between the Covid19, the shortages, an incredible start for the PS5 and the Xbox Series, and the takeovers of studios with a vengeance, the video game market has been largely shaken.

analysts fromAmpere Analysis have also looked into the subject to take stock of consumer spending on consoles PlayStation, Xbox and Switchand came to the following conclusion: the market has never done so well despite all this turmoil.

This is no less than 60 billion dollars that were brewed around the world in 2021, a historic record. This includes sales of games, consoles, hardware, microtransactions and all related services such as Xbox Game Pass or PS Plus. Furthermore, Ampere believes that the year 2022 should bury this record. 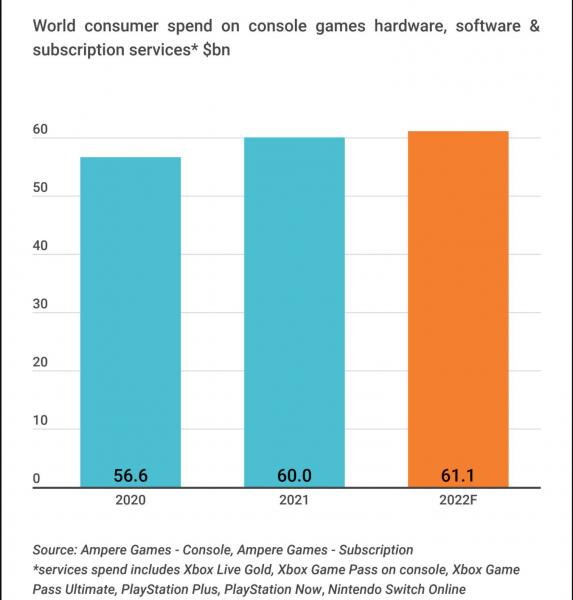 Sony well ahead of Microsoft and Nintendo

And the builder who does the best is Sony, since the company alone represents 46% of the global market. A presence due to the power of its PlayStation brand, solid partnerships and a very good command of its services. Nintendo meanwhile, rather lacking in terms of services, capitalizes above all on the sale of its consoles and its games, but nevertheless lost 2% to reach 29% market share.

At the end of the line, we find Microsoft which improves its performance by 1% to nibble the 25% in total. However, the American giant has not yet been able to take full advantage of its very aggressive takeover policy, the acquisition of Bethesda and Activision-Blizzard will not be felt until later. 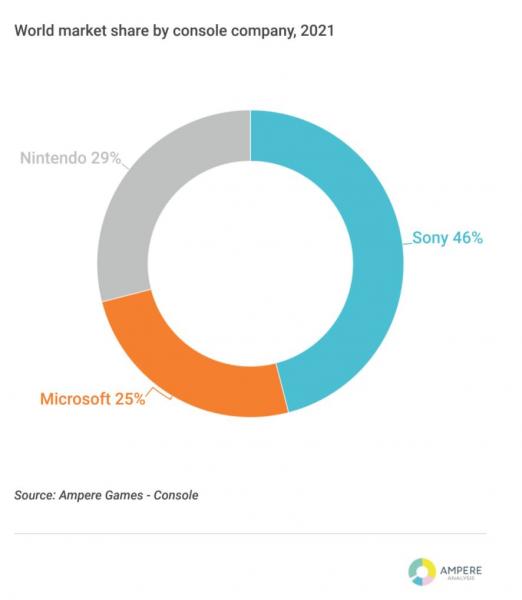 More generally, it is the digital which takes an increasingly important place in the video gamewhether through online services or digital games. Steady growth and seriously starting to overshadow physical games.

In 2021, games in blister packs represent less than 30% of total sales and only Nintendo is resisting by placing itself squarely as the manufacturer that sold the most physical games last year.

However, there is nothing very surprising insofar as Microsoft and PlayStation have both opted for a hybrid policy on this generation, in particular by offering an entirely digital console. Not to mention the many attractive promotions and great ease of access to their services. And according to Ampere, the trend is not about to reverse because analysts are already predicting an increase in digital consumption of around 2% for 2022. 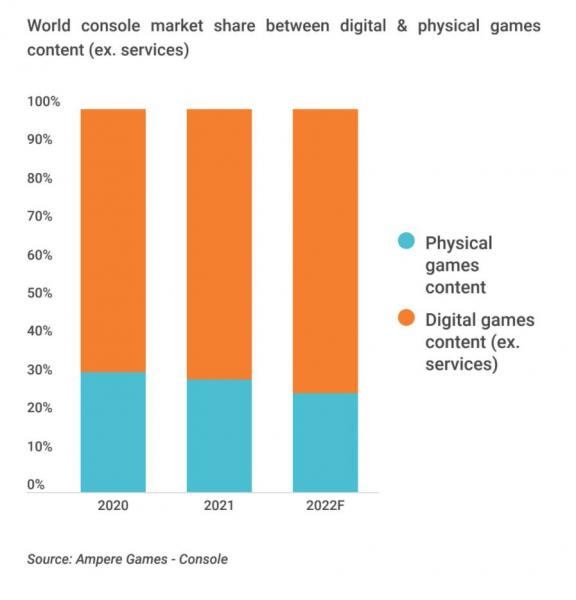