After “Vaas: Madness”, the first DLC of Far Cry 6 in which the player played Vaas, the villain of the third opus, Ubisoft continues the launch of its villainous Season Pass with “Pagan Control”.

This extension will allow you to enter the depths of pagan’s tortured mind, the iconic villain of Far cry 4. Ubisoft wanted to create a new “roguelite” experience, mixing action and narration. Each death will send you back to the start of the DLC, it is your knowledge of the following that will allow you to triumph over your enemies to break the circle of violence. The objective: to better understand the past of Pagan, who will try to to free oneself from guilt and regret.

Ubisoft will not stop there, because a third DLC, “Joseph: Chute”, will be unveiled at a later date and will allow players to embody the charismatic antagonist of Far cry 5. Waiting for, see you on January 11 to explore the depths of Pagan’s mind.

It will be available on Xbox Series X | S, Xbox One, PlayStation 5, PlayStation 4, Stadia, and PC. Players will need to own the Far Cry 6 game in order to play it. 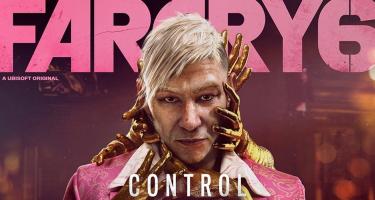