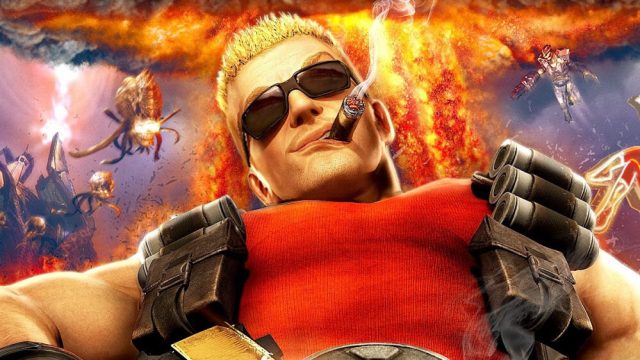 After two aborted projects, a new Duke Nukem movie is reportedly in production by Legendary Pictures. Will The Rock or John Cena be called back for this adaptation?

According to the specialized site The Hollywood Reporter, a film based on the adventures of Duke Nukem would be in project in the studios of Legendary Pictures (producers of Christopher Nolan’s Batman, Dune, Inception, Man of Steel or Watchmen). The film rights were acquired from Embracer, owner of 3D Realms.

In the artistic direction, we should find the team in charge of the Cobra Kai series on Netflix, Josh Heald, Jon Hurwitz and Hayden Schlossberg. Production would be attributed to Jean Julien Baronnet, known for producing the adaptation of Assassin’s Creed with Michael Fassbender. The studio is now looking for a director for a possible release in 2024.

As a reminder, if this is the first time that Duke Nukem will find its place on the big screen, several adaptation projects have already been teased in the past. At the beginning of the 2000’s, the success of the Mummy was to lead the young The Rock to take on the features of Duke. In 2018, another wrestler-turned-movie-star was tipped: Paramount cast John Cena as the headliner. The latter will have finally preferred to become Peacemaker…

READ :   Evil Dead: The game is unplayable on Xbox and buggy on PS5 and PC upon release