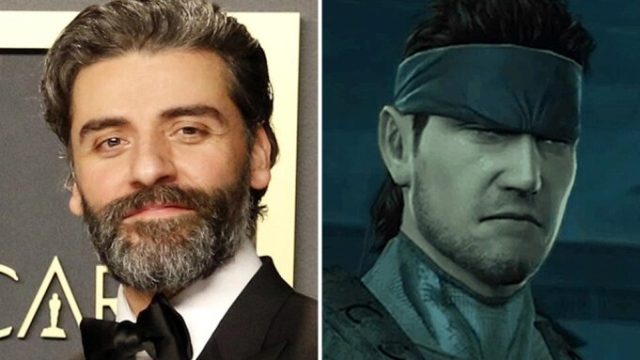 Announced for more than a year and a half, the adaptation of the flagship license created by Hideo Kojima finally gives some news, and this via a commentary from the one who will play Solid Snake on the screen, Oscar Isaac.

Director Jordan Vogt-Roberts was responsible for teasing the project by tweeting a photo, accompanied byOscar Isaacemblazoned with, a snake, a cardboard box and an exclamation mark. It was enough to immediately think of the cult saga of Hideo Kojima, Metal Gear Solid published in its time by Konami.

In fact, we were standing there the beginnings of a film adaptation of the license, with a charismatic hero played by a renowned actor. However since the announcement, which dates from December 4, 2020more news, until today at least.

IGN benefited from the promotion of Moon Knight to extract a few words from Oscar Isaac on the progress of the project. And we can not say that it is very reassuring.

We search, we search like Solid Snake… We climb through air ducts, we are looking for history.

Words that therefore suggest that despite all the time that has elapsed, the project is still in the embryonic stagestuck in a storyline that is still looking for itself.

True assertion of the actor, or intox to divert attention on the progress of the project? In any case, it will take patience to find out more.