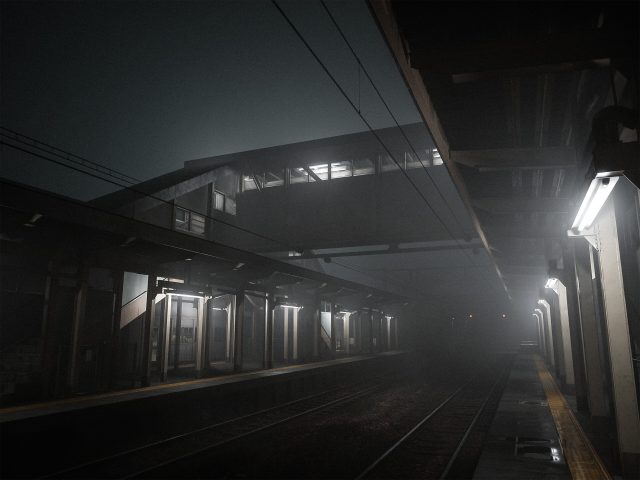 Hard to believe that this is not a fake as the rendering of this video is close to reality. It passed 400,000 views in a few days and shows what the future of video games can look like.

Unreal Engine 5 has been the source of all fantasies for a few months. The technical demo on Matrix was a slap in the face for players and many modders had fun reusing the engine to imagine what it could look like with Batman, Superman or Spider-Man. Even without the support created for the promotion of the Matrix film, several creators have unveiled the possibilities of this next-generation engine.

For a few days, A video is making its way around the internet. Named etchu-daimon station, it recreated Toyama station in Japan under UE5, lit by Lumen. More than 400,000 people have already watched these 3 minutes of gameplay, half of which is devoted to night rendering with a flashlight to illuminate the textures.

For this project, I wanted to get as close as possible to photorealism. I used camera matching to achieve precise proportions and made careful use of references. I adjusted the measurements afterwards to facilitate modularity.

Other than detail textures and alphas created from photographs, I created all textures from scratch in Painter and created custom materials in Unreal to use with vertex painting or masks for break the repetition.

To shoot the video, I used real-time VR tracking to emulate a handheld camera and flashlight.

We’re not going to lie to each other, the first time we discovered this video, we thought of a fake (cuckoo Abandoned) so realism is present. The simple fact of imagining a survival-horror with this quality gives chills.

For the technical parameters, we are still a bit far from this possibility of an entire game of this quality and optimized for the general public, since it is not a real-time video and rendered in 7 frames per second. The author, Lorenzo Dragosays it can shoot 30-50 fps footage at 1440p for daytime shots, but the quality will be greatly reduced.