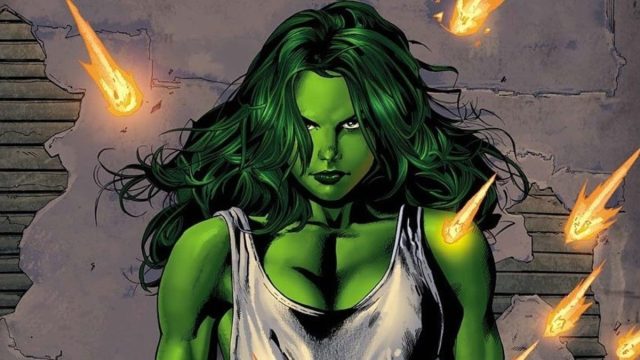 The actress who is to play She-Hulk in the next DLC has obviously sold the wick. Banner’s cousin could arrive in 2022. In the meantime, Black Widow finds her black suit.

It moves on the side of co-op action game Marvel’s Avengers. While players have instead turned to the Guardians of the Galaxy among Square Enix’s Marvel productions, the title continues to add content for the loyal superheroes still on the servers.

Yesterday evening, the studio announced the arrival of a new skin for Black Widow, this is the black suit that can be seen in the eponymous film around Natasha Romanoff. It should be available in the in-game store from this December 30.

You get to make your own choices now.

Inspired by the Marvel Cinematic Universe, the Marvel Studios’ Black Widow Outfit features Natasha’s black suit in the latter half of the film.

???????? Available in the Marketplace on December 30! pic.twitter.com/ho6syvGxuR

Although not confirmed, the next DLC of the game will probably be dedicated to She-Hulk. The character should arrive in 2022 in the title, and the information comes from the actress Krizia Bajos, who reshared and left an emoji on a post stating that she would double as Bruce Banner’s cousin in the near future.

A quasi confirmation therefore for the actress, who has not yet been slapped on the fingers, and that English speakers have already been able to hear in the past in Halo Infinite, Cyberpunk 2077, the Arcane anime or, soon, in the role of Renee Montoya for Gotham Knights.

The arrival of She-hulk is not particularly a surprise, Square Enix having a schedule quite close to that of the Marvel productions in the cinema and on TV. Indeed, recently Spider-Man arrived to stick with the worldwide release of his latest film and Black widow had obtained a white suit following the cine release of his film. She-Hulk will arrive on Disney + in an eponymous series in 2022. The release of the DLC could therefore coincide.