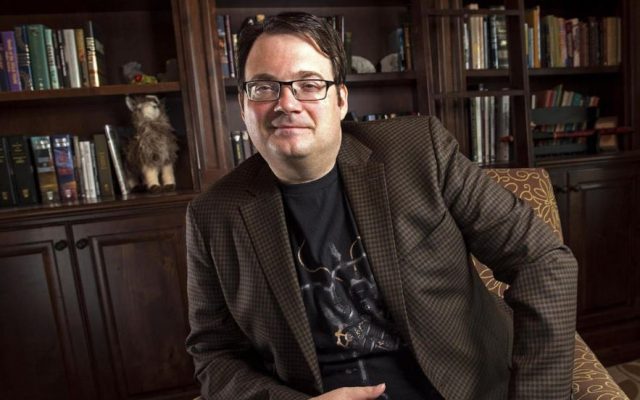 On the web, sci-fi and fantasy author Brandon Sanderson has revealed he’s been working on a game that may soon be announced.

This is a project he says he has been working on (via his website) for several years: Brandon sanderson would have participated in the creation of a game which should, according to the author, be unveiled during the coming year.

Speculation as to what this project might be has already started. On Reedit, two possibilities were mentioned. The writer would have either leaned, for the studio InXile and Brian Fargo, on a title Steampunk intended for Xbox series, or he would have affiliated with Santa Monica and Cory balrog for a game of SF provided for Playstation. Which of the Action RPGs mentioned earlier this year and the possible fantasy game mentioned last spring could it be? But, perhaps, it is none of those …

And for the little anecdote (always reported by Reedit), Sanderson was approached some time ago by Square Enix. However, the offer proposed by the latter was refused. The game in question could have been Forspoken.

I have been working on a video game for several years, and I think it will be announced this year. So start speculating! (Remark : this is not one of my properties, but a new product that I created with them. This is a game company that many of you have heard of, but probably not the one you are thinking about right now. And not the other one either)