Focus Entertainment and Asobo Studio unveil the collector’s edition of A Plague Tale Requiem with a beautiful figurine on the program.

Finally something new for A Plague Tale: Requiem. We knew for a few weeks that Focus Entertainment was working on a collector’s edition since it had asked the opinion of fans and players. After collecting their feedback, the French publisher is ready to reveal its content.

A collector’s edition for A Plague Tale Requiem 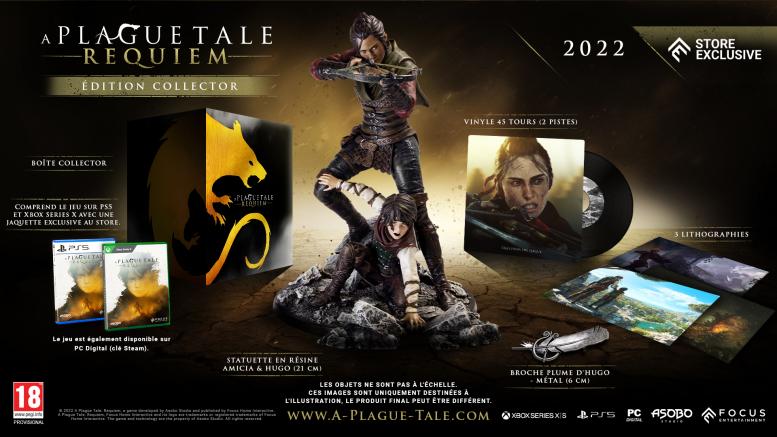 I’collector’s edition of A Plague Tale Requiem will be a cute baby that will cost the modest sum of 204.30 euros, postage included. For that price, this edition sold exclusively on the Focus Entertainment Store will include:

Be careful if you want to crack, the total amount will be debited at the time of the order. The delivery is scheduled at the same time as the release of this sequel to A Plague Tale Innocence, still without a fixed release date beyond a vague 2022.