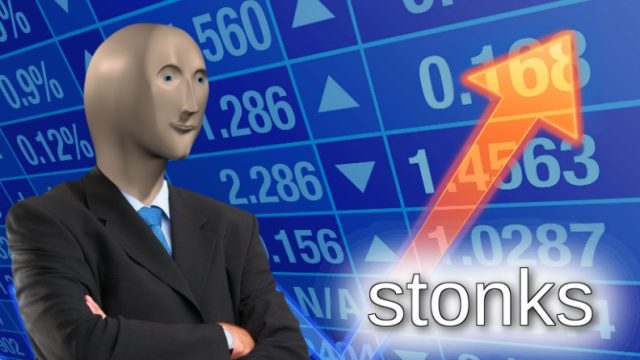 The Syndicate of Recreational Software Publishers presented, as it does every year, its review of video games in France. In 2021, the sector set a new record.

This is a new record for the video game sector in France, in a year marked by the continuation of the pandemic and a still strong attachment of the French for the games. The total market performed a record turnover of 5.6 billion eurosi.e. 1.6% increase over the already exceptional year 2020.

The PC goes back in front of the mobile

In detail, the consoles represent 49% of the value generated by the industry, with the second highest record in its history, 2.749 billion euros in sales (hardware, software and accessories), or +1%. It is obviously the arrival of new consoles at the end of 2020, although in constant shortage, which has allowed this segment to progress.

Hardware up sharply despite the shortage

Globally the hardware, PC as consoles, reached a historic turnover of 1.766 billion euros, i.e. +22%. Without a shortage, there could have been an all-time high for console hardware. Because despite everything, the segment recorded its best performance since 2010 at 873 million euros and +17% in one year. It should do even better in 2022.

the #Software (Console + PC / Physical + dematerialized) posted solid performance, with revenue of 1.996 billion euros, despite a decline of -11% compared to 2020, a historically strong year due to the context and the very rich news from the sector. pic.twitter.com/b3TLxKqkWa

SELL also took the opportunity to unveil the list of best sellers by value on the French physical market. If you diligently follow our weekly chart recap, you won’t be surprised to see the top 10 across all platforms.

In terms of volume, the ranking changes very little. We note for example the presence of Minecraft on Switch in 6th place. the leader remains FIFA 22 with more than one million physical sales, ahead of Mario Kart 8 and Super Mario 3D World + Bowser’s Furyat half a million each.

Finally, by dissociating each platform, we note a top 20 totally acquired at the Switch but a little less than before since the PlayStation is strong: FIFA 22 on PS4 is in the lead, FIFA 22 on PS5 in the top 10, and Vanguard PS4, Vanguard PS5, and Ratchet & Clank: Rift Apart PS5 are in the leaderboard. Unsurprisingly, no Xbox game in this physical sales top.

On PC, strategy is on the rise

The PC ecosystem being separated in the SELL figures, we can also find a very different physical + dematerialized sales top, and the organization also reveals that if the action genre remains the most profitable, as on consoles, the second most practiced genre is not sport but strategy and STR. Looking closer, the best-selling game by value is Humankind of Sega at 1.5M€, ahead Soccer Manager 2022 (1.4M€) and Farming Simulator 22 (1.3M€). In volume, they are the unshakeable GTA 5 and Red Dead Redemption 2 that crush the competition. 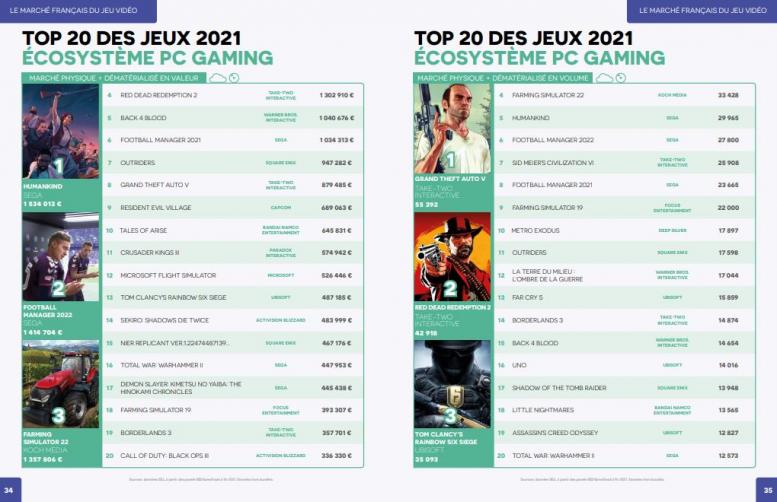 You can find the full report of the SELL on this link.