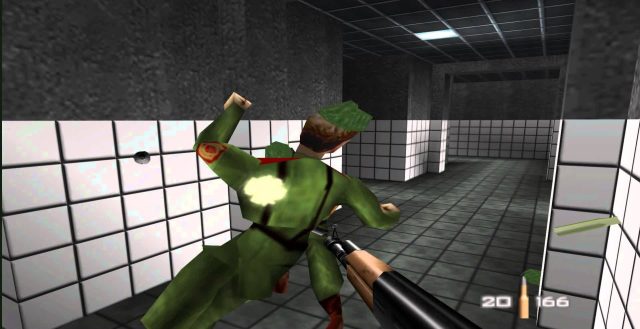 In 1997, Rareware released a game that forever marked the N64 and the FPS: GoldenEye 007. 25 years later, the studio that became Rare and owned by Microsoft, would be on a remaster.

If it happens one day, I cry of joy. According to Jeff GrubbMicrosoft may soon announce a remaster of the cult N64 FPS, GoldenEye 007, a major console and Rareware work, still elevated today to the rank of one of the best games on the Nintendo console. A remake had already been proposed in 2010 on Wii (and… DS), PS3 and X360, but was only content to take up elements of the plot.

Nostalgia had already spoken, but the idea of ​​finally seeing this legendary title on a new generation console in 2022 for the 60th anniversary of the license is something else entirely. According to the journalist, the formalization of this updated version should take place within the next two weeks.

READ :   Ahead of Breath of The Wild 2, remasters for two Zelda titles? News @VGR

Between this title, which achieved the feat of being the most fun co-op of the time despite controllers that we can no longer even get to grips with today, and the future Project 007 at IO Interactive (Hitman), spy fans might be over the moon (what, can it be seen that I’m a 007 fanboy?)