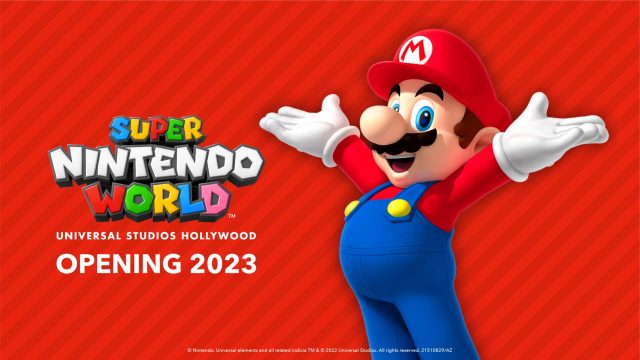 After Japan, the Universal Studios Hollywood amusement park will host the plumber and the world of Nintendo, starting next year.

As Super Nintendo World opened at Universal Studios Japan last year after some necessary postponements during the health crisis, the area dedicated to Mario and his friends had announced that if successful, the parks franchise would consider exporting the concept to its other locations.

Universal Studios has therefore just confirmed it on Twitter: the themed area will open in 2023 at Universal Studios Hollywood. America obliges: while waiting for the opening, a merch shop with goodies overpriced will open “very soon”.

As a reminder, the Orlando and Singapore parks should also get the Nintendo zone in the coming years, the date has not yet been announced. In the meantime, in Japan, the area dedicated to Donkey Kong has begun work for an opening in 2024.