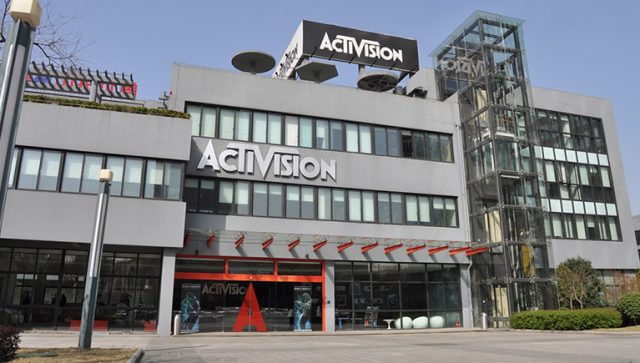 Publisher Activision Blizzard has been in turmoil for months now and has just put several million dollars on the table to settle part of the case.

Since tongues were loosened within the company, Activision Blizzard has seen several hundred incidents emerge related to sexual and moral harassment or to discrimination and cases of reprisals. Recently, moreover, a new complaint came to pile up on the files. Only here, the American giant has made a colossal offer to settle part of the lawsuit, and this has been validated by the courts.

While the victims demanded several adjustments, including measures within the company to take care of employees in the event of problems or even the rapid resignation of Bobby Kotick, the courts for their part accepted an 18 million dollar offer put on the table by Activision Blizzard.

READ :   PS Plus: Final Fantasy 7 Intergrade is finally not free for all

A huge sum supposed to settle the cases of most of the victims under the aegis of the EEOC (US Equal Employment Opportunity Commission).

Despite everything, this indemnity is causing trouble, especially with several employees who had already pointed the finger at this payment, deemed too low, sincein reality, it could only cover the losses of around sixty employeeswhere there would be hundreds.

Corn this is also a problem for the DFEH (the California Department of Employment and Housing) which is also one of the plaintiffs, since Activision’s payment to the EEOC could reshuffle the cards and hinder them in their own compensation claim which was not due to be judged until 2023.

Kotick happy with this “advance”

Furthermore, Bobby Kotick, CEO of Activision whose employees are asking for the resignation, made a statement on the subject and was happy and confident for the future and the improvements within the company.

Our goal is to make Activision Blizzard a model for the industry, and we will continue to focus on eliminating harassment and discrimination in our workplace.

Court approval of this settlement is an important step in ensuring that our employees have recourse mechanisms if they experience any form of harassment or retaliation.

Despite this, there is still some way for Activision before these cases settle. As for Bobby Kotick, he should normally leave the company assoon as Microsoft will have finalized its historic purchase. The future will tell.