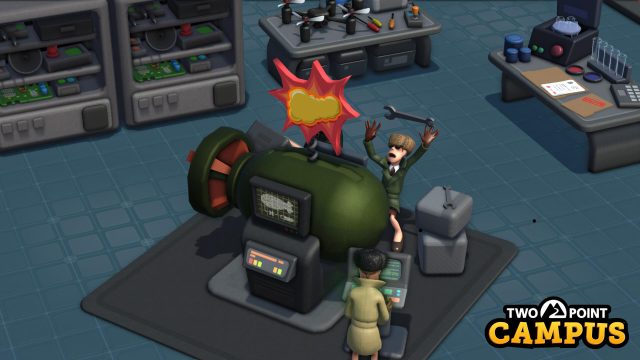 After the training dedicated to mastering the art of Quiddich and potions, Two Point Campus reveals another course planned in the PC and consoles title: the spy school.

The wacky Two Point Campus wants to prove that it will be on par with its predecessor Two Point Hospital. Thus, after unveiling the school of magic that will be present in the next planned title August 9 on PC and consoleshere is the spy school for all budding agents.

Even if we have the impression that the course will train Inspector Gadgets more than James Bonds, all the paraphernalia of the perfect secret agent is planned. Reconnaissance drone piloting, shooting training and obstacle course against Crocodiles and lasers will be on the classroom program.

Agents will also need to spot enemies in Two Point County as rival institutions have molested your students. It’s up to you to spot them and expel them before state secrets are revealed.

READ :   No Man's Sky: Lots of content coming and the game is 'far from over'