Released at the end of 2021 on PC, the free adaptation of Vertigo by Pendulo Studios will finally be exported to consoles.

For the latecomers, this game is a very free adaptation of the eponymous film Vertigo signed by the famous director Alfred Hitchcock. Here we follow the story of Ed Miller, a writer who survived a car accident. According to him, his wife and daughter were on board, but no one was found. The trauma for our man is such that he starts to suffer from severe dizziness. He will then try to find out what really happened.

So we are dealing with a thriller that did not have the honor to be on consoles when it was released. Fortunately, the studio has rectified the situation. Thus, Pendulo Studios’ title will also be released on PS4, PS5, Xbox One, Series and Nintendo Switch on September 27But that’s not all.

I’m in a cold sweat…

Yes, you know the expression, good news never comes alone. For good reason, a limited edition of the software is now available for pre-order. It includes the game, an official artbook and its digital version as well as the soundtrack. Unfortunately, the latter is not available in physical, it is to download. 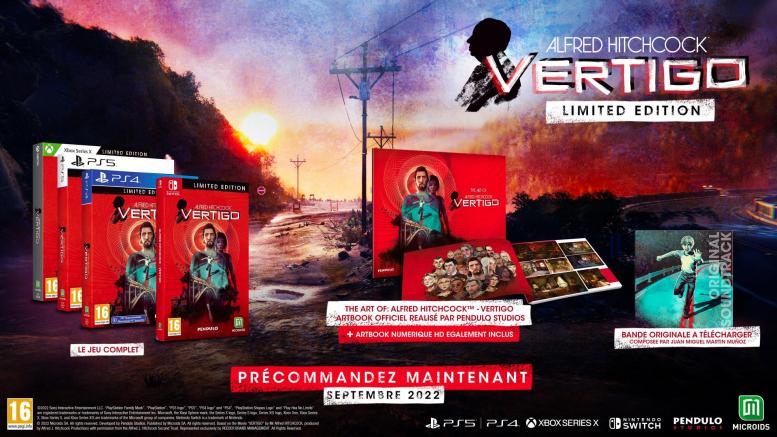 So, are you tempted?