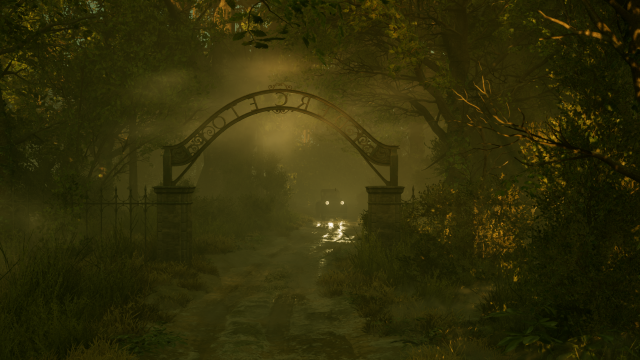 Alone in The Dark returns from the dead with a new opus between the remake and the full reboot of the franchise.

THQ took advantage of its in-house event to reveal the return of Alone in the Darka horrific saga started in 1992, recognized as one of the first survival horror to propose a fully 3D character in pre-calculated environments.

Left for dead since 2015, when the license got the right to Alone in the Dark: Illuminationa sad and boring TPS, it is reborn today thanks to the Swedish studio Pieces Interactive which offers us a new opus has half way between the remake and the reboot.

This new Alone in the Dark will indeed immerse us in the universe of the first three opuses of the licensein the years 1920-1930 where thewe will play the famous private detective Edward Carnby hired to find a certain Mr. Hartwood, disappeared in the vicinity of his mansion. Carnby will also be assisted by his niece, Emily Hartwoodwho will also be playable.

The developers told us that the software is designed as a real “love letter to the horror survivals of the 90s”. and will be “a mix of old-school exploration and puzzles, enhanced with third-person combat phases.”. The Swedish studio also insisted that the puzzles would be quite close to what could be found at the time and that it should force us to think. On paper, we can hope to find real puzzles unlike Resident Evil Village and its puzzles served on a silver plate.

Alone in the Dark will make us find places and characters well known from the licensebut will propose however a brand new plot and unpublished events. The software is moreover written by veterans of survival horror, including Mikael Hedberg, the pen behind SOMA and Amnesia.

The game has not yet revealed a precise release date, but we know thatit will be available on PS5, Xbox Series and PC.