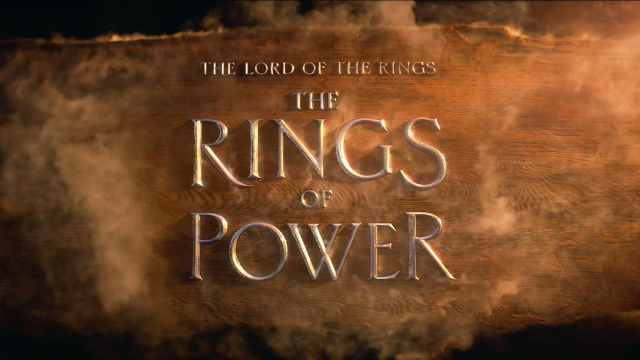 Fans will rejoice with this teaser which formalizes the release date of the series, scheduled for Friday, September 2.

This trailer reminds us of the prologue of The Fellowship of the Ring, which partly echoes the text of Galadriel stating the creation of the Ring.

Seven for the dwarven lords in their stone mansions,

One for the Dark Lord on his dark throne,

In the land of Mordor where the shadows lie.

The visual effects of the trailer do not seem digital, because at the controls, we have special effects master Douglas Trumbull, who worked for those of 2001: A Space Odyssey, Encounter of the Third Kind or Blade Runner, just that. We can see on this making of the staging and behind the scenes of the teaser.

The two showrunners, JDPayne and Patrick McKay give more explanation about theuniverse and the historical frame where the series takes place.

It is a title that one could have imagined on the edge of a book alongside the other classics of JRR Tolkien. The Rings of Power brings together all the major stories of the Second Age: the making of the rings, the rise of the Dark Lord, the epic adventure of Numenor and the Last Alliance of Elves and Men.

Unfortunately, we will have to be patient until the arrival of The Lord of the Rings: The Rings of Power, September 2 on Amazon Prime.