The remake of the first two installments of the iconic arcade shooter The House of The Dead should be released soon on PS4, Xbox One and PC.

As soon as the game was released on Nintendo Switch, rumors were already making the sauce about a PlayStation release. It might just be better than that after all.

A bloody remake on PS4, Xbox One and PC before the end of April?

The information comes directly from the financial plans (in Polish) of Forever Entertainment and MegaPixel Studios, respectively publisher and developers of the remake. In these folders it is possible to see the upcoming distribution of The House of The Dead Remake games on PS4, Xbox One and PC from April 28, 2022.

Surprising news insofar as there would only be a very short week (at the time of writing) in the game to make its official announcement and that at present, we know nothing about these versions.

READ :   Psychological horror game MADiSON is coming to consoles and PC in June

For the moment, The House of The Dead Remake is only available on Nintendo’s eShop and will, for sure, have the right to a physical version by next May. 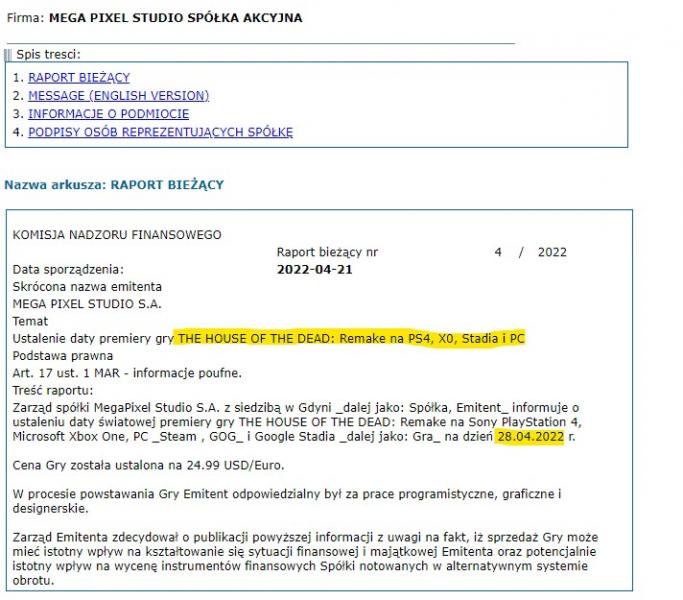