The Assassin’s Creed series makes an appointment with a livestream aimed at celebrating fifteen years of the license.

Final Fantasy VII will not be the only one to celebrate its anniversary with a dedicated event. Series Assassin’s Creedwhich is currently going through its 15 years of existencewill also be entitled to a small show. 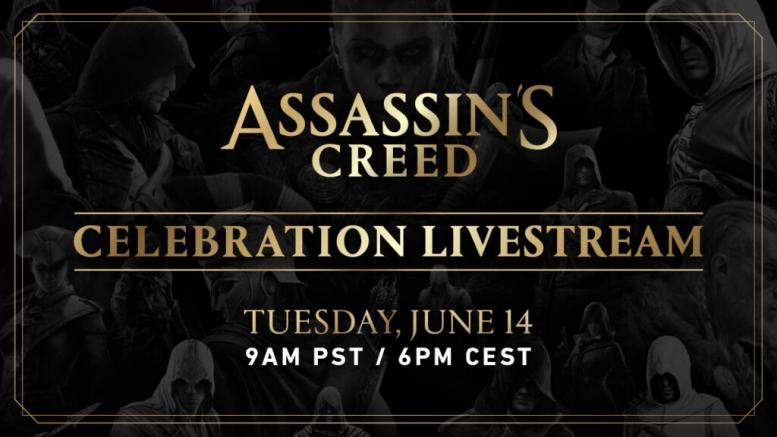 As announced by Ubisoftthe Assassin’s Creed series initiated in 2007 will show up very soon. To tell the truth, it is only the story of a day, and even a little less, before being able to attend the program which will be dedicated to him.

This Tuesday June 14, 2022at 6 p.m. precisely on Youtube or Twitch, the Ubisoft team will therefore give us a little time to in particular come back to the series, discuss the update intended for new gen consoles (and available recently) or even say a word about others productions such as graphic novels, manga… And, maybe even major new announcements are also planned, and in particular about Rift . We cannot exclude it. In any case, it will be a question of giving a small overview of what awaits us in the rest of the year.

The show, which will celebrate the 15th anniversary of the Assassin’s Creed series, will offer a special look at the future of Assassin’s Creed Valhalla, a look back at the franchise, and a teaser of what’s to come later in 2022. The Ubisoft News team will also preview Assassin’s Creed Origin’s new 60fps gameplay update alongside producer Jose Araiza, before looking into news and updates from the latest and greatest. upcoming comics, graphic novels, manga, etc. from Assassin’s Creed.

The time devoted to the event has not been communicated. However, it may only be short-lived.

READ :   Sega will organize a Sonic Central whose broadcast will take place this Tuesday, June 7

As a reminder, the same day (at 7 p.m.), Xbox will hold a new conference in which the games presented previously will benefit from a new look.