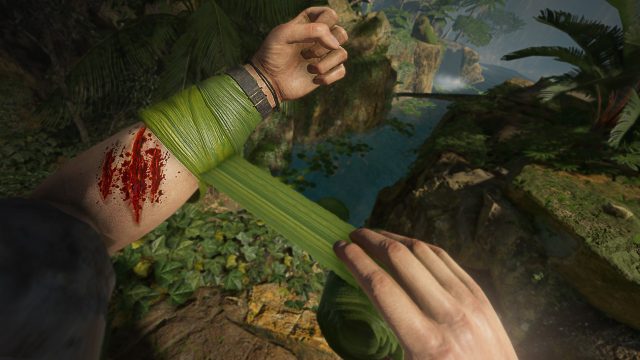 VR game releases are picking up a bit, and again this month we have some interesting titles to look into.

The list of titles that we had selected in the Actu VR of March was already substantial, but new announcements have continued to expand it even more during the month, concluding this one with a beautiful poster.

We have retained for April 2022 seven VR games to watch, but this could well be just the tip of the iceberg again as there are still many delays that may be announced moment to moment.

In the meantime, the month started on April 1st with MARE, the seductive adventure game from Visiontrick Media, inspired by the works of Fumito Ueda (ICO, The Last Guardian, Shadow of the Colossus) with unique architectures, which will have been able to wait before releasing early 2021 on Quest and now also available on PCVR.

the April 7it will be the turn of Green Hell VR to arrive on Quest 2 before joining next month PCVR headsets. This virtual reality adaptation of the Creepy Jar survival game is from Incuvo and will immerse you like never before in the Amazon rainforest.

At the end of April, these are the city ​​builders who will tackle VR. It will first be Little Cities by Purple Yonder Games, published by nDreams, which will land on Quest the April 21th.

A week later, the April 28Cities: VR from Fast Travel Games (Apex Construct, Wraith: The Oblivion – Afterlife) will take over from Quest 2.

The month will end with GridLeapera platform game developed and published by Neon Pink Softwareexpected for the April 29 on PCVR.

Finally, after its postponement, we should also see Requisition arrive in early access on PCVR during the month. This 4 player cooperative survival game is developed by Arcadia (Hinge) and published by Spheroom Games.

Similarly, Bit Planet Games’ Ultrawings 2, already released on Quest 2 in Februarywas postponed to the month ofApril on PCVR, without further details. It will also be released on PSVR a bit later.