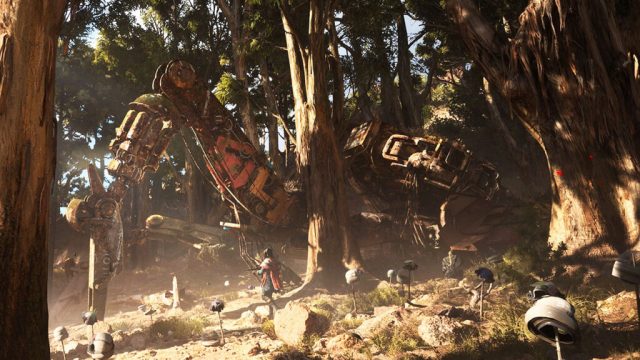 Announced for a 2022 release, the free-to-play action game is now no longer expected for this year. It’s getting a little delayed.

Announced just before the Game Awards 2021, ARC Raiders had taken advantage of this event to show itself in a video and announce a release during the year 2022. Unfortunately, it seems that it needs even more time before it can be offered to players.

An ambitious project that now aims for 2023


ARC Raiders is a cooperative action game. Free-to-playIt will send players into the shoes of fighters, who will have to fight like devils against the robotic threat coming from space that assails them. Published by the Korean Nexon, this TPS is currently in the hands of Embark Studios, a new development structure headed by a fairly experienced figure in the person of the former boss of Dice, Patrick Söderlund.

The game which was initially to appear in this year 2022 on Xbox Series, PS5 and PC is now delayed a little. It is indeed postponed to 2023and its release window is still to be defined. A postponement which seems necessary to this project described as “ambitious” by the team in charge of its development. The additional time which is then granted to him will thus be used to express its full potential.

READ :   The Last of Us Part 1 offers a new comparative video

Here is what Embark said:


ARC Raiders is an ambitious game, and we’re going to use this extra time to develop the experience and allow it to reach its full potential;

We’ll dive into the details once we start testing the game more thoroughly with players.

The enthusiasm for ARC Raiders since its reveal has been very encouraging for us, and we really appreciate your support.

Until we see more, we bring you the latest video released in December 2021: