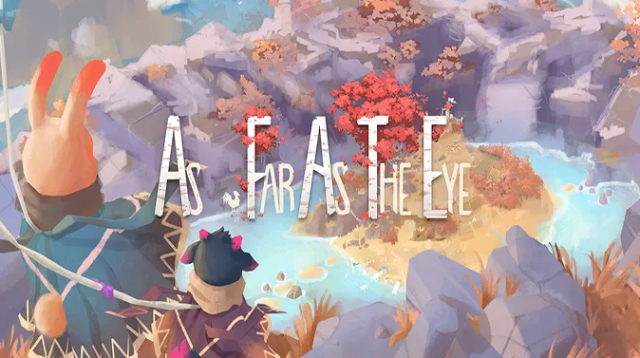 The French publisher Red Art Games just announced the release of physical editions of As Far As The Eye on Nintendo Switch. Developped by ZeratoR’s studio, Unexpectedthis strategic city builder is available for pre-order since April 15 on the official Red Art Games online store. You will find the standard version, limited to 2900 copies, priced at 29.99including a small booklet and which will be marketed on September 10 next.

For collectors, a collector’s edition soberly named the As Far As The Eye Collector’s Edition will be priced at €79.99 and limited to 950 copies.. Also available on Nintendo Switch, it will include the standard edition of the game, the original soundtrack composed of 22 tracks in a double vinyl, a lithograph signed by ZeratoR and a collector’s box. For this edition you will have to be patient because it will not be released until the beginning of the first quarter of 2023.

As Far As The Eye is a turn-based resource management roguelike where the player embodies the Breath that guides the Pupils, a tribe that aims to reach the center of the world. It’s up to us to bring them to these lands, but climatic situations and procedural events will complicate their progress. This game is a ecological fable in which this tribe is connected to nature while seeking to develop its agriculture, production as well as science and spirituality.

Also find As Far As The Eye on Steam, Epic Games and GoG.