On the occasion of its 15th anniversary, the cult saga of Ubisoft offers its soundtrack through a box set of 5 vinyls.

After having made the same proposal for Far Cry 6 or Rainbow Six Extraction, Laced Record returns with another work signed by Ubisoft, and not just any work: that of the Assassin’s Creed, which is currently celebrating its fifteenth year of existence. An anniversary that intends to enjoy and satisfy the fans by offering them many varied things. For example, at the end of the year, it is a dedicated concert that will take place at the Grand Rex in particular. And, as far as video games are concerned, Ubisoft intends to draw attention to a new opus (well probably). For that, we’ll have to wait until September.

But, while waiting for all this, the fans of the saga will have the possibility to add a piece to their collection, that is to say the 5 vinyl box set proposed by Laced Record. This last one will grant you a journey all in music through the universes, environments and times that you will have been able to browse with the controller. All the chronologies are there: the Antiquity of Odyssey, the Viking era of Valhalla or the Renaissance of Ezio’s trilogy, carried by the composition of Jesper Kyd.

This piece is presented in two editions: the Deluxe which costs about 110 euros and the Limited which can be purchased from 120 euros. These last ones can be let pre-order now on the official site of the distributor where it is also possible to take a little more knowledge of the contents that it proposes. 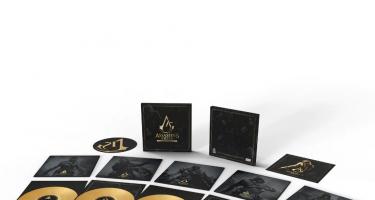 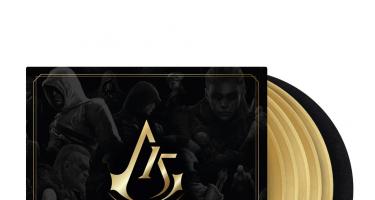