Released in 2016 on consoles (PS4, Xbox One) and PC, this HD compilation from Ubisoft has recently joined Nintendo’s hybrid. It was the February 17, 2022. The collection, then made available to Switch players, brings together the three adventures of Ezio published between 2009 and 2011: Assassin’s Creed II, Brotherhood and Revelations. A pleasant initiative that allows you to (re)discover a trilogy appreciated by fans, with in particular a new feature: the possibility of perpetrating assassinations wherever you are, thanks to the nomad mode of the console.

Note that, in this test, it will not be a question of conversing about the qualities (scenario, gameplay, etc.) of each of the titles offered, but rather of seeing whether the experience provided by this version is worthy, or even better, of what has been done previously. For more details, we invite you to browse the tests (from ACII, Brotherhood and Revelations) written previously.

The Fate of an Assassin 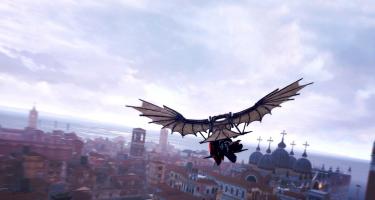 Ezio’s story has had its day enough that it may not be known to a large number of players. However, it is quite possible that it escapes some people. Whether it was the lifelong devotees of Nintendo machines who could only approach Assassin’s Creed III and Black Flag via the unloved Wii U, or those who weren’t interested at the time.. For all of these, a very brief summary is in order. And that’s what we’re going to do. Only, we will do it in summary and will deal only with the three episodes concerned.

Located directly in the continuation of the first opus released in 2007, Assassin’s Creed II invites us to find Desmond, who will relive the adventures of one of his ancestors. From now on, the animus – the machine that connects you to the past via an avatar – will no longer send you into the skin of Altaïr, but into that of Ezio. A young noble enjoying, in his carelessness, earthly pleasures and, above all, the fairer sex. A true little hedonist. However, this happiness will be called upon to come undone in the worst possible way. How? ‘Or’ What? You may already know this, others will find out. In any case, we will remain silent.

In short, fate will fall violently on Ezio. He will embark on the path of the Assassins, a sect guided by justice and fighting against their eternal enemies, the Templars. But his allegiance will not be immediate. Everything takes time, and above all, to mature. First guided by revenge, our hero will take a straighter path, full of ideals: to protect truth, freedom and rid the world of corruption.

The Switch welcomes a real heavyweight… 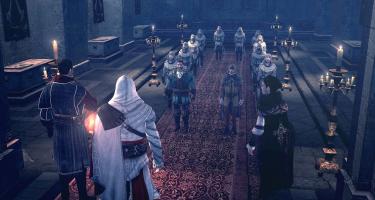 Before you can even play, you will need to prepare your machine to receive the beast. And this will automatically go through the purchase of an SD card over 32 GB. The initial storage capacity of the console will indeed be insufficient. It can barely support the 7 GB of the first title. And so, if you are not already equipped, an additional investment will be necessary.

Thus armed you will be able to recover the content. With its 35 GB, it includes – apart from the three titles, of course – two short films (Lineage and the Embers anime) as well as all the DLCs that have enriched the games after their launches.. Therefore, needless to say that with all these elements, your hours are going to be busy, very busy. If in a straight line, your playing time will already be generous, by taking care of all the missions and side activities, you will have plenty to do.

But, even if the title is fit to keep you busy, is it capable of entertaining you adequately?

…but the quality is there, despite some imperfections 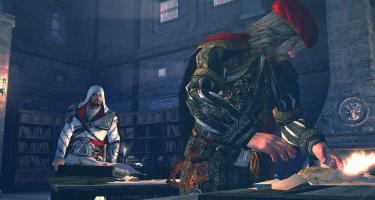 The journey through Italy between two eras (the Middle Ages and the Renaissance), from Florence to Venice via Tuscany, or in the lands of Constantinople in terms of Revelations, is absolutely untainted by this Switch port. Certainly, it will be less beautiful than on other media (PS4, Xbox One, PC), and will show fairly pronounced aliasing and clipping. But nothing serious, the eye is not hurt. The pleasure of visiting, here and there, the corners of the country and going to meet well-known historical names is in no way tainted, and this, despite some defects (including graphics) inherited from the original games.

There are no noticeable differences from the original versions.

The result provided by the Nintendo console is more than readable. However, we don’t notice too many notable differences compared to the original versions and we can only deplore the few imperfections that will punctuate your adventure, such as collision bugs, camera problems or even the AI ​​- that it either friend or foe – completely screwed.

Finally, this is especially true for Assassin’s Creed II. And then, there are some crashing issues: during your game you will suddenly be surprised and frustrated by an error message that will appear, thus sending you back to the menu of your console. However, small reservation: we are unable to say if the problem is only specific to our equipment or if, on the contrary, it is generalized.

Does the Ezio trilogy have its effect? 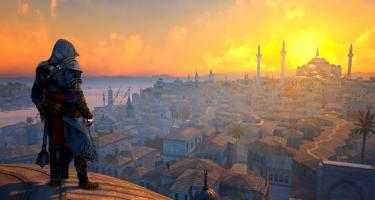 But then, is it really worth taking out the wallet for a collection that is not very innovative? In fact, it all depends. A certain condition above all may lead you to take the step: to be a neophyte of the saga. Because even if all this may seem dated, we cannot deny the real pleasure of traveling through this world of absolutely exquisite Mediterranean flavors, of appreciating the different panoramas offered by this acrobat from Ezio.

A second reason could also convince you: the nomadic experience offered by the Switch. And there will be no noticeable problem when switching from one mode to another (from the dock to nomadic mode and vice versa). The title will let itself be played perfectly. The problem, however, will be in the gameplay (from another era?). The movements are sometimes imprecise, “heavy”, the AI ​​(as we said before) is largely perfectible, some repetitiveness is to be deplored… But if you skip it, then you’ll have a great time.

However, for those who have already played the games, it will be too difficult to recommend this collection to them. Especially since at the cost of 49.99 eurosmaybe a little too expensive.