The latest Assassin’s Creed received a new update this Tuesday, April 19. In the process, Ubisoft unveiled its roadmap for the coming month.

This April 19, Assassin’s Creed: Valhalla has received a new update. weighing between 1.44 GB and 12.33 GB depending on the platform, Mastery Challenge Pack 2 adds – as the name suggests – content to the mastery challenge mode. Launched in 2021, it consists of a multitude of events that allow you to practice in different types of combat (melee, distance, stealth).

With the new patch, three new shrines have been added. All of them, ending with a boss, contain various rewards: Valkyrie armor, new weapons, a set of tattoos and new cosmetics. Also, in addition to fixing a few bugs, this new update comes just in time to prepare for the upcoming event, the ostara festivalto be held from April 21 to May 12.

In parallel with this new contribution, Ubisoft released its new roadmap confirming the arrival of the version 1.5.2 for the month of May. It will bring new elements to the armory. 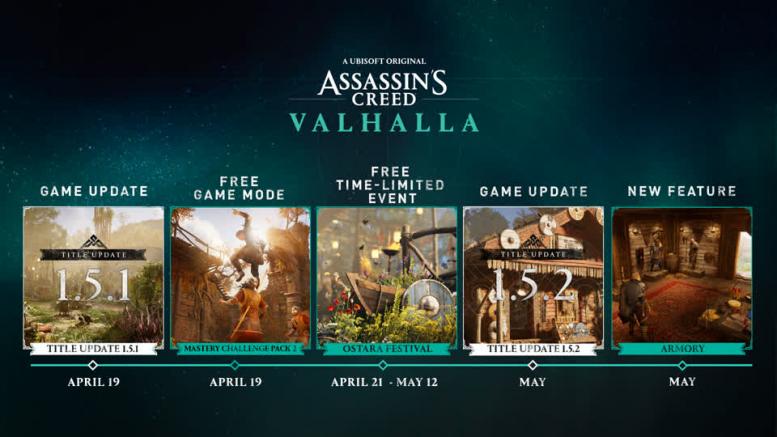