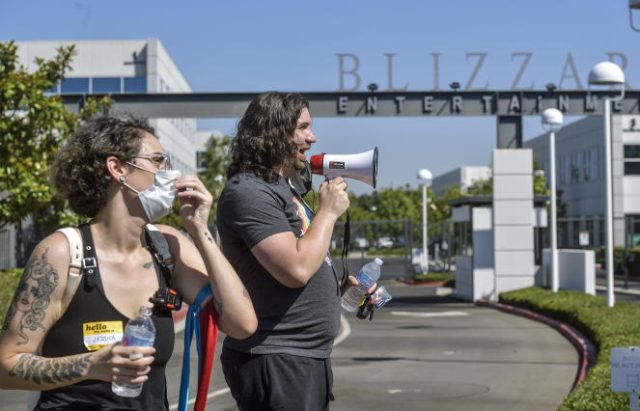 Internally, employees see the studio gradually coming apart, losing talent on the production floors. For many, Activision-Blizzard will not be able to recover if Kotick still remains in office.

Will Bobby Kotick leave Activision-Blizzard? Entangled in a case of sexual harassment and discrimination that affects all of society, but also his own person now, the boss of the group is called to resign by unions and several thousand employees.

Supported by the Board of Directors, Kotick remains in office for the moment and has no intention of resigning until he has tried everything to clean up his business.

But internally, many believe that the company will not be able to recover without a strong signal, marked by his departure. Especially since the main players in the industry are all jostling to condemn the actions of the studio.

Jessica gonzalez, test analyst for Battle.net, confirms a total decline of the studio at Yahoo! Finance.

People are leaving. I receive farewell emails almost three times a week. I see people leaving the company, people like women in high positions in the company, who leave because they have no faith in Kotick

According to the analyst Andrew Uerkwitz, “The longer Kotick stays in place, the more difficult it will be for Activision Blizzard to retain or recruit talented developers.”

The longer it stays, the more likely it is that the turnover will be high, if not higher than that of the last two years. And that’s going to make game development very difficult.

An assertion that comes in a context where the studio is postponing most of its flagship games and has lost the confidence of many players. Uerkwitz rightly adds that a video game studio does not run only with a strong leader, but with talents at creative work., which Ubisoft had understood well after the departure of Michel Ancel.

The collective talent of developers is, by far, the most important asset for a game company. The erosion of this talent is the greatest risk for any creative endeavor.

In other words, many observers agree in saying for the moment that the shareholders will soon have to choose between Kotick or the sustainability of Activision-Blizzard …

READ :   A new postponement for the A-RPG Weird West