On the LinkedIn page of a member of Ubisoft, the future game Avatar: Frontiers of Pandora is considered as a AAAA title, so with a very big ambition.

Ubisoft accumulates AAAA. After labelling several of its recent games with this qualifier (so it’s more than the famous “triple A games” of the moment), it’s the upcoming Avatar: Frontiers of Pandora that gets the title. Just like Beyond Good & Evil 2, AAAA from Ubisoft Paris, or a AAAA in the studios of Ubisoft Berlin announced in 2020, the adaptation of adventures on Pandora should have a considerable budget.

Developed by Massive Entertainment in collaboration with Lightstorm Entertainment and Disney, the game is detailed on the LinkedIn page of an assistant product manager at the French studio as the group’s upcoming AAAA. As a reminder, you will play with a Na’vi from the movie Avatar, in first person view on the new consoles. It is expected during the fiscal year and probably during the last quarter of 2022. 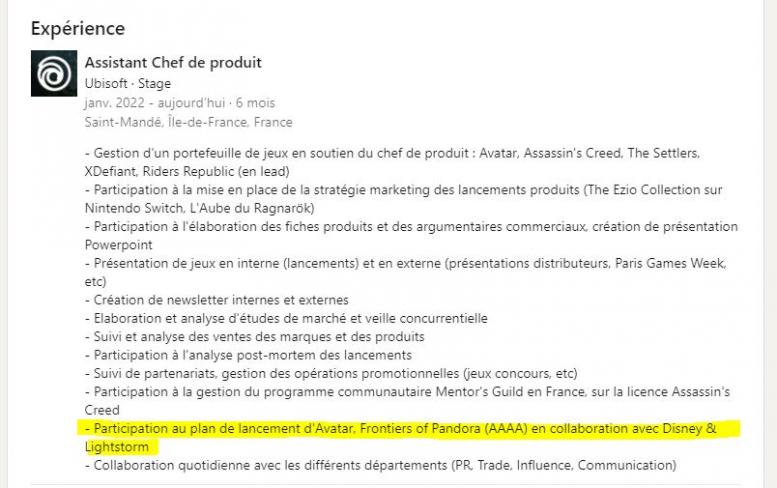 Other titles have already been presented as such in recent years: BGE2 but also Skull & Bones (another Ubisoft title) or the future Perfect Dark. Simple marketing language or real promise? The future will tell us.

READ :   Sword and Fairy: Together Forever shows its cast with a trailer