After a 100% multiplayer Battlefield 2042, Electronic Arts seems to want to bring back the single player campaign mode in its license. 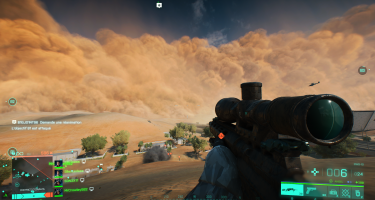 Even if they are not/less played (and this is a fact that has been verified time and time again), you have to believe that the single player modes of ultra-popular FPS’s, like Call of Duty and Battlefield, finally matter or at least act as a good luck charm, sinceevery time one of these licenses tried to rely only on multiplayer, it failed. Call of had tried the 100% multiplayer experience with Black Ops 4 and it was a failureand the same for Battlefield 2042 which is just starting to raise its head several months after its release. Coincidence?

Who wants a Battlefield Bad Company 3?

Electronic Arts plans to counter the spell by releasing a campaign mode for the next Battlefield gamewhich is already in development.

If we are to believe this recent job offer, EA is currently looking for a Design Director whose mission is to “to direct the design of the campaignthe narrative, the gameplay and the different game systems for create the highest quality experience possible“.

The future Design Director will then join EA’s new studio located in Seattlewhere you will find, among others Marcus Letho, ex-Bungie and co-creator of the Halo license to whom we also owe the very average (and already dead) Disintegration.

This “Battlefield 5” could therefore be a kind of return to the roots for the license. After 2 excellent opuses ( Battlefield 1 and Battlefield V ) and a Battlefield 2042 100% multi which galley to recover its players with its season 1, the return of a true narrative campaign could change the game for the saga. Wait and see.