DICE, helped by other studios, is hard at work on the new version of Battlefield 2042 and gives us a little preview.

Announced some time ago, the rework of Battlefield 2042 is progressing well and the developers are showing us what awaits us in the next updates.

After the chaotic launch and the desertion of players, DICE was forced to review its copy from start to finish and, if not to be in a hurry, the first measures will land as soon as Season 1 launches this summer. 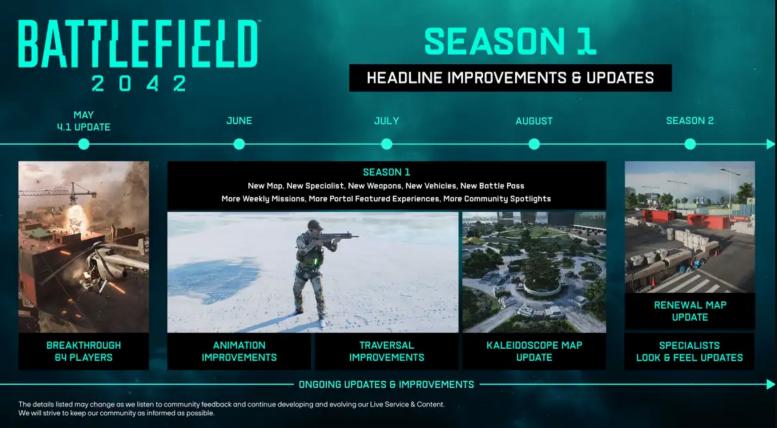 The first big change will come to the cards that will be completely reworked. The first to pass on the pool table is none other than Kaleidoscope, one of the worst current maps. Like many players, in our test at the time we criticized Battlefield 2042 for being far too “clean”, in particular because ofa level design that is too empty and an artistic direction that is much too refined.

Obviously, the feedback has been heard since the developers decided to retype all the cardsoffering them more details, more reliefs and also many more decorations which finally bring a feeling of total war. 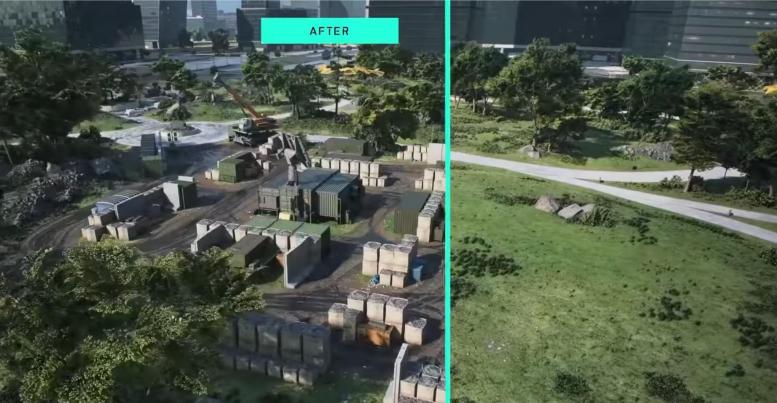 Kaleidoscope will be the first to have the right to such changes. The park has been completely revised, many military structures have also been placed here and there and we finally have this feeling of permanent conflict thanks to several new textures and debris. It was time. A second map, Renewal, was also featured and will be entitled to similar treatment later in the year.

In addition, the different points of interest of these maps have been modified to offer a new dynamic and reduce the feeling of emptiness between two combat zones. The reading of the game will be better and the game will be much more aggressive. Moreover, it is for the sake of clarity that DICE has returned to the Breakthrough mode, lowering the number of players to 64.

But the cards will not be the only ones to be affected by the revamp since the operators will also be completely reworked. This goes through finer and “dirty” modeling, more natural animations and new voicesin particular to change the punchlines of the characters which until now seemed totally offhand and disconnected from the context of the game.

Unfortunately, the redesign also marks the end of the Hazard Zone modesold at the time as the third big multiplayer piece alongside classic multiplayer and Battlefield Portal. Hazard Zone has indeed not seduced and no one seems to play there anymore. It must also be said that with less than 10,000 players in the game, it’s complicated.

Nevertheless, DICE promises that new gameplay features as well as many other changes will arrive in the coming months.

Battlefield 2042 therefore intends to afford a second youth and certainly hopes to win back the hearts of gamers. The developers must have the pressure as Modern Warfare 2 has been formalized for the end of the year.