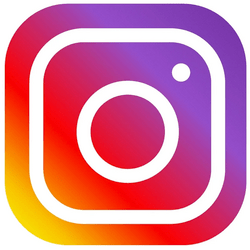 Inspired by the small Italian town of the same name located in Lombardy on Lake Como, the Bellagio hotel-casino on the Las Vegas Strip faces a huge 3.4-acre pool that houses famous fountains. This is the main reason why nearly 3 million Instagram users have tagged their photos with a #Bellagio hashtag.

This makes it the most instagrammed gaming facility, internationally, with about a million more hashtags than the runner-up, which is none other than the Marina Bay Sands in Singapore.

Free advertising that still has a cost

Some may wonder why a hotel-casino like the Bellagio spends between $300,000 and $400,000 every month on an attraction like its fountains that generates no direct revenue. The answer now seems clear, thanks to today’s news.

Each of the Instagram posts marked with a #Bellagio hashtag offers him an extremely interesting free promotion. Indeed, users of this kind of social networks tend to scroll through the ads without paying attention to them to look for the contents that really interest them.

Thus, being highlighted on millions of posts allows him to acquire an excellent image.

The other hotel-casinos in the top 10

After the Bellagio, we find on the podium of the most Instagrammed hotel-casinos in the world the Marina Bay Sands in Singapore with about 2 million posts then the MGM Grand Vegas with about 1.5 million posts. In the top 10, we find 4 other gaming establishments located on the famous Strip, namely the Mandalay Bay in 4th position, the Wynn Las Vegas in 5th, the Venetian in 7th and the Cosmopolitan in 9th.

It must be recognized that the most emblematic hotel-casinos in the world are no longer simply places that attract gamblers. In fact, they are also used to offering other types of activities and attractions. This is the case, for example, with the Egyptian-inspired pyramid at Luxor, the replica of the Eiffel Tower at Paris or the reconstruction of Big Ben at the Londoner Macau.

Opened on October 15, 1998, the Bellagio contains 3,933 rooms and 512 suites. Its gaming area covers more than 10,000 square meters. It contains 2,700 slot machines and 173 traditional gaming tables, as well as a poker room and a room dedicated to sports betting.

Its famous fountains were ranked as the #1 tourist attraction in the United States by the website TripAdvisor in 2013. They cost no less than $40 million to build. It is that they offered the largest show of its kind internationally until the opening of the Dubai Fountain in 2009.

On weekdays, the shows run every 30 minutes between 3pm and 7pm and then every 15 minutes until midnight. On weekends and holidays, they start a little earlier from noon.