The animated adaptation of the last arc of Bleach (Thousand Year Blood War) has just shown itself with a new trailer and communicate in the wake of news.

Still supported by the Studio Pierrot, Bleach will begin its return in anime from this month of October 2022 and will thus propose its conclusion: the arc Thousand Year Blood War. So we have to wait a few months before we can see Ichigo’s last fight on the screen. However, we will not have to wait until then to have a glimpse on the thing.

A trailer and an illustration

Indeed, Bleach took advantage of the great American event dedicated to the world of anime and manga, theAnime Expo 2022to show itself a little more. As a result, we had the right to an illustration as well – and this is probably what will attract more attention – than a video.

In addition, this new appearance was also an opportunity for the series to confirm (or reaffirm) some information that was already circulating about it. Thus, we learned that compared to the original work, the adaptation will have new elements, including new fight scenes. In fact, it will be everything that Tite Kubo could not integrate into his manga. And by the way, these additions will be made under the supervision of Kubo himself, as the author himself has stated orally. 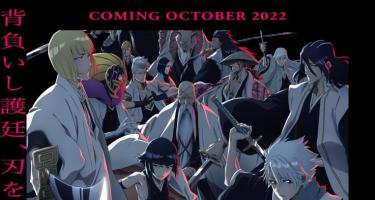 For the moment, it is not known when this Thousand Year Blood War, except that it will be available during the month of October. The number of episodes that will be assigned to it is also unknown.