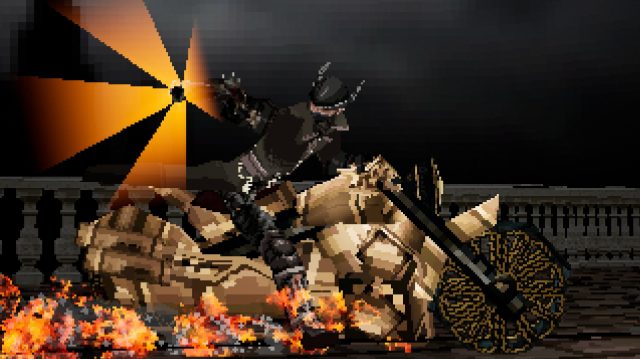 Bloodborne as a karting game is the crazy idea of ​​a budding developer who has already cut her teeth on a previous demake of FromSoftware’s cult software.

Already at work on a demake of Bloodborne, Lilith Weather has launched on a new PSX version of Bloodborneexcept that this time no die & retry but… kart.

Taking a title as dark and atypical as Bloodborne, and turning it into a racing game, is a daring bet. So imagining such a game in PSX version is quite surreal. And yet, the project is indeed real and is called Bloodborne Kart.

A true fan-made on which the designer works tirelessly. She has already shared a little gameplay and the least we can say is that it’s solid. We instantly recognize the real graphic paw of yesteryear, the visual of Bloodborne and a gameplay that happily draws on the side of Mario Kart or even Crash Team Racing for a rather convincing and attractive result.

Despite the progress of the project, Lilith however did not give an exit window, the latter preferring to take her time. You can also take a look at Bloodborne PSX at this address if you feel like it.