In 1977, the American game designer Steve Jackson published its board game OGRE, a science fiction wargame that would later give birth to the famous company Steve Jackson Games (GURPS, Munchkin, Illuminati…). More than 35 years after a first adaptation (Ogre on Apple II, DOS, Atari ST and Commodore 64), the game returns to PS4 and PS5 with a new definitive version. 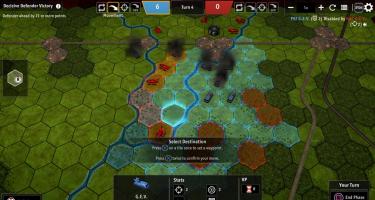 In the form of a game turn-based strategy on a board of hexagonal tiles (what else?), you must achieve victory with your armored vehicles and choose the best approach to roll over the enemy.

Ogre takes place in a universe similar to ours and in the near future. Discover an armed conflict where one type of unit, the Ogre, inspires terror in both enemies and allies. These AI-driven cybernetic tanks have the same firepower as a tank and infantry battalion. Get ready to fully immerse yourself in this award-winning classic, remastered on PlayStation.

For this, you have the choice between two factions, the North American Combinate or the Pan-European Federation, whose units you can customize and choose from light tanks, super heavy, missiles, ekranoplanes, ground infantry, navy, howitzers or ogres. 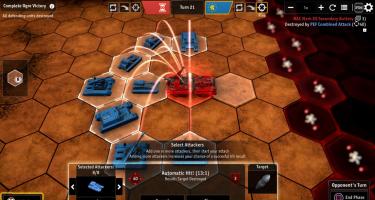 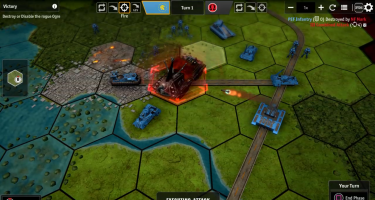 Ogre’s AI will never cease to amaze you, so you’ll never play two identical games. There are also many different types of terrain, including bodies of water on which you can fight your battles

This PlayStation version is considered the final version of the game, already available on PC in 2017 and that you can still find currently on Steam for less than 2€ thanks to the -95% promotion right now.

READ :   Will Gotham Knights also be released on the previous generation? News @VGR