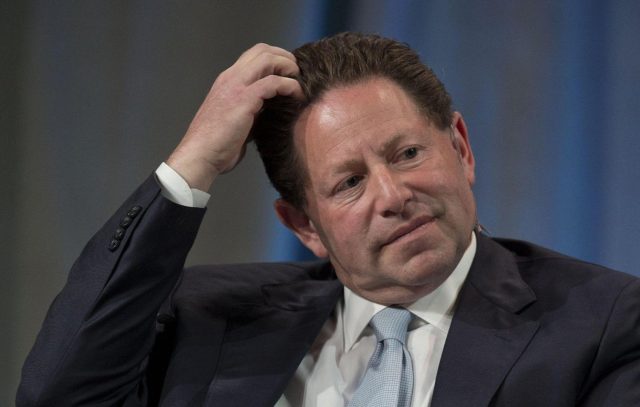 In all likelihood, Bobby Kotick will only take over as editor’s chair temporarily. Despite this, employees shared their anger at Microsoft’s decision.

Some come home showing their last jeans, perfume or video game purchased, Microsoft comes back with Activision Blizzard in their pocket. A takeover that offers Xbox a robust licensing portfolio, franchises that the manufacturer intends to highlight for its Xbox and PC Game Pass.

The discussions are going well, in good humor and in the blood of the console war, but internally, it’s less party for a big reason: Bobby Kotick. The good news is that according to the Wall Street Journal, Kotick will step down as CEO of Activision Blizzard when the deal with Microsoft closes, not until at least 2023. In a cheerful email addressed to employees, the boss evokes June 30, 2023, date on which Acti-Blizzard will no longer be autonomous and will have to respond to Phil Spencer, boss of Microsoft Gaming.

If employees say they are optimistic and motivated about future structural changes, according to Jason Schreier, they would also be furious at the sweet exit served up to Bobby Kotick by Microsoft, and the nice jackpot with which he will go away. Even though he is one of the main officials targeted in the crisis experienced by the company.

As a reminder, before the announcement of the takeover, Activision Blizzard had been disavowed by Nintendo, but also by PlayStation and Xbox. Phil Spencer said “evaluate all aspects of his relationship” with the publisher, while “disturbed and disturbed by the horrific events and actions”.