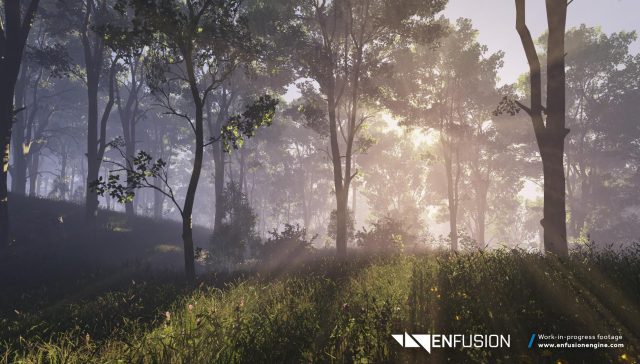 The developer of Operation Flashpoint and ArmA has unveiled its new in-house engine, which will be used for the next decade in the catalog of upcoming games.

A few days later Unreal’s technology briefing with the presentation of its UE5 in The Matrix Awakens, it’s Bohemia Interactive’s turn to tighten the muscles. The developer unveils its new game engine, Enfusion.

For this, a presentation trailer was unveiled live on Youtube, and a site is launched to find out more.

This new engine will be used to all future games from the studio, and will allow to have evolved graphics but also the integration of the PC / Xbox / PS crossplay and better support for mod creators (they are very numerous on Bohemia games, which has also partly contributed to the studio’s success).

The new engine In fusion has been in development in the Bohemia Interactive offices for 4 years, although it has been conceptualized since 2014. Currently, a team of 30 developers are involved in its development, which is the main project in the studios at the moment.

We founded Bohemia Interactive 22 years ago, we have always chosen to use our own internal engine. No other engine available on the market allowed us to create the kind of games we wanted. For example, simulations with detailed physics running in large-scale open worlds that players and communities can easily customize. Nothing has changed in this regard. However, our aging Real Virtuality engine, used in Arma 3, for example, is increasingly coming up against its technological limitations. Enfusion, on the other hand, is poised for the technological challenges of the future, and will shape the shape of our games without exaggeration into the next decade.

A demo version for players will be released soon. Bohemia specifies, however, that it does not intend to make its engine public for developers for the moment.