At the end of its annual review, the Japanese studio unveiled a colossal list of new releases until early 2023. Starting with Monster Hunter Rise: Sunbreak in June.

Just like EA which unveiled its roadmap for 2023 with many titles, Capcom took stock of its past fiscal year and set out its outlook for the coming months. The Japanese studio notably mentioned that “several major projects” will be released during the 2022-2023 fiscal year which has just started.

The plan is to get out no less than 45 new titles, double the previous year and the biggest release schedule in three years. The goal is to achieve 37 million salesie 5 million more than last year, and above all to increase the market share of Japanese sales, which have fallen to 7 million on its soil. 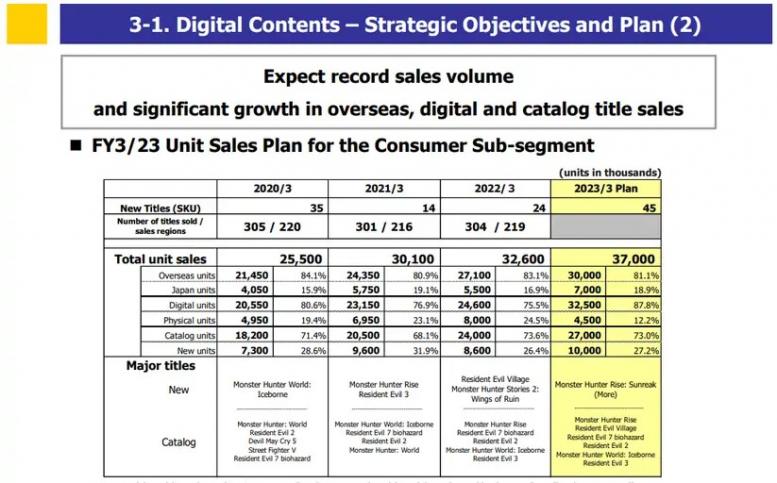 For this, Capcom announces above all Monster Hunter Rise: Sunbreak, which will be launched on June 30, 2022, but also the continuation of sales of its current catalog with Resident Evil Village or Monster Hunter Rise. A “mobile strategy” is also plannedwith several titles to come, which could coincide with this major increase in titles.

READ :   The Artful Escape is coming to PS5, PS4 and Switch

In addition to the new expansion for MH Rise, the year 2022-2023 will see the arrival of Capcom Fighting Collection (June 24), Resident Evil 2, 3 and 7 in new-gen version, a DLC for Resident Evil Village, Capcom 2nd Arcade Stadium, and, according to our information, Resident Evil RE: Verse.