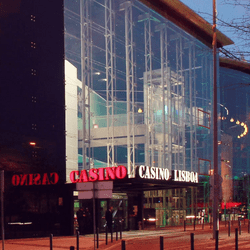 Famous businessman who passed away on May 26, 2020, Stanley Ho became a legend in the land-based casino business thanks to the monopoly he enjoyed in Macau between 1962 and 2001.

That’s not a good enough reason to believe that he was only active in this part of the world. In fact, he also operated several gaming establishments in Portugal, including the Casino Lisboa and the Casino Estoril.

The licenses of the latter will soon come to an end. For this reason, a call for tenders has been officially launched.

Even though a competitor company made a higher bid than Stanley Ho’s family, the latter has still been officially chosen at the end of the procedure.

2 of the largest casinos in Europe

Stanley Ho’s family is present in Portugal via the Estoril Sol holding company. Chaired by Pansy Ho (one of the famous tycoon’s daughters), the latter is 57.8% owned by Finansol, a subsidiary of the mythical Sociedade de Turismo e Diversões de Macau.

READ :   a live slot by On Air Entertainment

Better known by its acronym STDM, this company operates the emblematic Grand Lisboa and Grand Lisboa Palace in the Special Administrative Region of China, among others.

Estoril Sol has three gaming establishments in Portugal. The modest Casino da Povoa is located in the northwest. Near the capital, the huge Casino Lisboa and Casino Estoril stand out as some of the most important on the European continent.

The licenses for these 2 complexes were originally set to expire at the end of 2020. However, due to the international pandemic of the Covid-19 coronavirus, they have been extended for two years.

Last August, a call for tenders was officially launched in order to determine the operator that will obtain the new 15-year concession. Unsurprisingly, the operator Estoril Sol applied for the contract. At the last minute another bidder also made a competing offer.

For some time, the name of Estoril Sol’s competitor was not officially revealed. Today we know that it is the almost unknown company Bidluck. As it offered 86 million euros per year, which is more than the holding of Stanley Ho’s family, one could think that he would not succeed in obtaining the concession.

READ :   Penniless kiosks are a problem for MGM Resorts

Fortunately for him, Bidluck, owned by the Curacao-based bookmaker B-Lucky Entertainment BV, is managed by a certain Jorge Manuel Galvão Miguel. However, he is currently on trial for illegal gambling. Together with 4 other defendants, he is accused of installing unlicensed slot machines in cafes and snack bars in the central region of Portugal.

Under these circumstances, no one will be surprised that the Estoril Sol holding company recently announced that the selection committee for the public tender for the gaming licenses for the Lisboa and Estoril casinos has finally decided to award it the new concession.