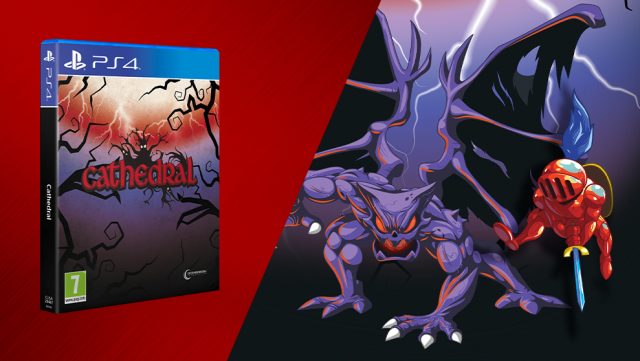 Available exclusively on PC when it released in 2019, the very retro Metroidvania had already gotten a Switch release in 2021. Now here it is on PS4.

Red Art Games’ retro game, Cathedral, will soon also arrive on PlayStation 4, three years after its original release on PC. Inspired by old-school platform games, this resolutely NES-style Metroidvania will arrive in physical version on Western consoles from next April 7.

It will be found on the publisher’s online store from April 7 at 5 p.m. for €24.99, with 1,500 copies on sale. Each purchase is delivered in a cardboard sleeve and is accompanied by a poster. The digital version of the game is expected on April 12.

In Cathedral, players take on the role of an unnamed protagonist who wakes up in an alien world and can’t remember how he got there. In order to find out what’s going on and find a way back home, the hero must team up with a spirit by the name of Soul. However, his quest is far from a walk in the park since he must cross a vast world filled with more than 600 rooms to visit and populated by powerful enemies and bosses to defeat. Inspired by 8-bit games, Cathedral is a Metroidvania with graphics created using the NES color scheme and soundtrack composed in FamiTracker.

For the record, the game was also released last year on Switch.