A surprise guest in the ranking of physical sales of video games in France for the very first week of 2022. For the rest, we will not be out of place.

The year is ending, but the news that is beginning promises to be still as acquired at Nintendo. Without surprise, four of the five games from Week 52 end up in the top physical sales for Week 1 of 2022. Even less surprisingly, these are the four Switch games who were in the ranking.

On the other hand, much more surprising, if FIFA 22 leaves the ranking when it was in first place, a game reappears on the 5th step of the podium: Ratchet & Clank: Rift Apart on PS5. For its part, Mario Kart 8 Deluxe has undoubtedly benefited extremely well from end-of-year purchases and regains first place in the top compiled by the SELL. 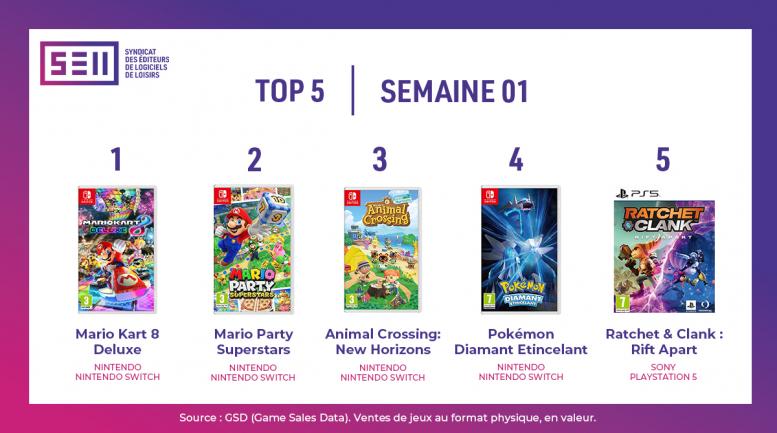 READ :   COD Warzone: Godzilla and King Kong would appear in May