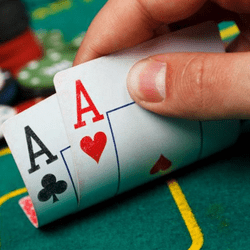 All Parisian players who like to take part in poker tournaments in the various gaming clubs of the French capital can start to worry a little. Indeed, a recent change in the regulations around these famous competitions could very well lead to their outright disappearance.

Thus, the Club Barrière has just announced that it is cancelling all of its upcoming tournaments in October 2022.

A few days earlier, it was Club Montmartre that made a similar announcement as it only maintained its €500 Sunday tournament: the Crésus.

One supervisor required for 2 tables at poker tournaments

Some readers may be wondering why Club Montmartre and Club Barrière have been forced to cancel poker tournaments back to back until the end of October 2022. The reason is simple: the regulations surrounding these famous competitions have just changed.

From now on, the presence of a supervisor is mandatory for 2 tables, as it is already the case for the Cash Game. The Central Service of Racing and Gaming has recently announced this change. Until now, there has been a certain amount of confusion on this very specific subject.

For the moment, the cancellations of poker tournaments concern only the Club Montmartre and the Club Barrière and only the competitions of a part of October 2022. Indeed, the latter gaming room, for example, has finally cancelled only the BYBs on October 18 and 25 and the 500s on October 19 and 26, 2022.

An announcement will be made in the coming days about the upcoming November tournaments. Indeed, the professionals of the sector hope for a quick evolution of this new regulation which is very restrictive.

For now, Club Circus remains the one and only gaming complex of its kind to offer regular tournaments under €500 in Paris, namely: the Monday Circus (€170), the Super Tuesday (€250) and the PopCorn at €330.

Nevertheless, he was forced to cut back a bit on the number of open tables. It should also be noted that Club Montmartre has kept its €500 Sunday Croesus tournament.

The problem with this new regulation is that it increases the cost of organizing tournaments. Indeed, it requires more qualified personnel to supervise the games. The economy of this kind of competition was already quite precarious. This increase in the budget could therefore eventually lead to the pure and simple end of poker tournaments in Paris.

If they were still offered, it was only as a marketing tool to attract players. Since they were already not very profitable, if they now start to make the gaming clubs that organize them lose money, we have to admit that they will not be viable at all.

Thus, the professionals do not really understand why such a change in regulation was put in place.