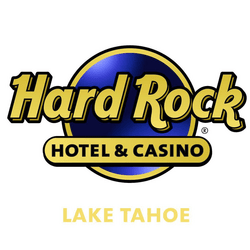 To win at the casino, some players have the bad idea of not fully respecting the rules. They do not hesitate to use a cheating technique.

Unfortunately for them, many end up getting caught. One man is currently being charged with cheating at a craps table in a casino near Lake Tahoe.

He now faces up to five years in prison.

Dice that slide without rolling

The defendant of the day is Guramarpreet Singh Kang. He is 44 years old and is currently facing justice.

He just admitted in a district court that during September 2020 he cheated at a craps table at the Hard Rock Hotel and Casino Lake Tahoe in Stateline, Nevada.

To win, he used a well-known technique. Instead of rolling the dice normally, he would instead slide them across the table.

Of course, this maneuver is prohibited by all gaming establishments. In fact, to do this, you simply position the dice in your hand so that one or two dice do not roll to show the face of your choice.

READ :   The Las Vegas Strip could soon double in size

This technique is rather tricky to carry out and does not work every time.

Nonetheless, skilled players can still benefit greatly from it, by opting for bets that offer high payout ratios.

Normally, when you play craps, you don’t slide the dice. In fact, you should bounce them off the back wall of the table in order to maximize the randomness of the dice roll.

Of course, sometimes you may not hit the back wall or one of the dice may not roll without intention.

As a rule, you get a warning when this happens once. However, if it happens more than once, you may be kicked out of the game room.

The cheaters who use this method are more used to doing it in groups. The accomplices are responsible for distracting the dealer’s attention during the roll of the dice. However, there is a risk that they will be spotted by the CCTV cameras.

READ :   one of the fathers of the Hippodrome Casino

Unfortunately, it is not known if Guramarpreet Singh Kang used this technique alone or if he had accomplices.

Still, we can say that the verdict in this case is expected on August 30. For his bad behavior, our man faces 1 to 5 years in prison and a fine of $9,450.

Opened during 1965 as Sahara Tahoe, the gambling establishment in which Guramarpreet Singh Kang has raved was renamed High Sierra in 1983, Horizon Lake Tahoe in 1990 and finally Hard Rock Hotel and Casino Lake Tahoe in 2014.

Featuring 539 rooms or suites, it offers a gaming room that covers an area of more than 2,000 square meters. It features slot machines and traditional table games. There is even an area dedicated to sports betting.