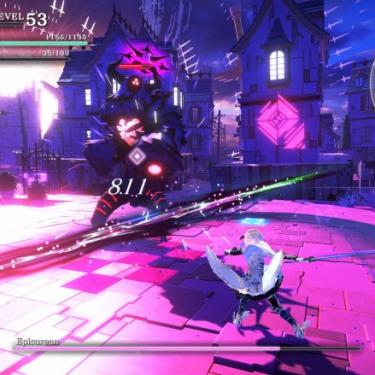 The release date of Crystar on Switch is known. The Californian publishing studio NIS America unveils, on this occasion, a trailer dedicated to the history of the game.

The final version of Crystar just announced on Nintendo Switch through NIS America. the action-RPG game from the development studio Furyu Corporation to be released on April 1, 2022.

One unpublished trailer was thus revealed, plunging us into thegame plot.

Rei and Mirai are two sisters who suddenly find themselves caught up in purgatory, where monsters from another world hide. Rei discovers magical powers there allowing him to fight. Unfortunately, his power being too powerful, she accidentally killed Mirai.

As sadness and despair overwhelm her, Rei seals a pact with demons residing in her place and thus embodies the role of Executor in order to rid Purgatory of the monsters that infest it. In return for his services, the demons guarantee him the resurrection of her deceased sister and the return home.

READ :   The reboot that could do good for the Saints @VGR

Crystar proposes to alternate between four main characters, each with their own story, intimately linked to the plot.

Rei, the main character of the game, who wishes to bring back to life his sister whom she killed.

Kokoro, a woman thirsty for revenge for the loss of her companion and her child.

Sen, a young girl who fights in Purgatory with a view to pursuing the justice in which she believes.

Nanana, a Revenge humanoid at the center of the mystery that surrounds our heroines. She is obsessed with Rei.

Purgatory awaits you and yours to do it rid the hordes of ghosts and ghosts that ravage him.