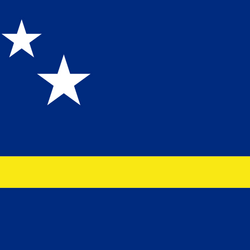 For many years now, Curaçao has established itself as one of the best-known jurisdictions in the world of online gambling at the international level.

Nevertheless, it is also proving to be quite controversial due to its rather lax supervision.

Following economic pressure from the Netherlands, the island finally decided to implement major regulatory reforms, including the creation of an independent regulatory authority responsible for issuing licences.

Part of the Leeward Islands in the Lesser Antilles in the Caribbean, Curaçao has been an autonomous state within the Kingdom of the Netherlands since the dissolution of the Federation of the Netherlands Antilles on October 10, 2010. Recently, its Council of Ministers approved legislation to overhaul the current regulations regarding online gambling.

This decision was the result of economic pressure from the Netherlands. Indeed, they have regulated their market, during the month of October. Thus, they do not really appreciate the fact that platforms licensed in Curaçao continue to illegally target their citizens.

On the occasion of an agreement to release a third tranche of financial aid that follows the international Covid-19 coronavirus pandemic, the Dutch government has thus reportedly called for such an overhaul of Curaçao’s regulations surrounding online gaming.

Curaçao started online gaming in 1996. It is therefore one of the very first jurisdictions to have emerged in this field. It issued a total of 4 main licenses to the following companies: Cyberluck Curaçao, Gaming Curaçao, Curaçao Interactive Licensing and Antillephone. From now on, they are the only ones who distribute sub-licenses. In short, the functioning of this market is consequently quite lax.

Many operators have jumped at the chance to offer online gaming without government oversight. As a bonus, Curaçao offers significant tax advantages. No one will be surprised to learn that there are currently about 12,000 platforms that are sub-licensed by Curaçao.

READ :   Playtech places its live games at 888 in New Jersey

This allows them to offer online games all over the world, including the Netherlands.

The new regulation envisaged by the government of Curaçao should allow the creation of an independent regulatory authority in charge of issuing licenses. Called the Curaçao Gaming Authority (CGA), it will also have the power to revoke licenses in order to enforce the law.

To obtain this valuable authorization, operators will have to have at least 3 key employees living and working on the island and put in place measures to combat money laundering. However, there are no plans at this stage to prevent operators from targeting certain markets such as the Netherlands.