CD Projekt held its livestream and as expected, the PS5 and Xbox Series patch was unveiled. Expect a very big update.

After the scandal when it was released on console, Cyberpunk 2077 promised mountains and wonders to try to redeem a behavior, including a patch to optimize the game on PS5 and Xbox Series.

Several fixes and a handful of postponements later, the long-awaited update is finally available on PS5 and Xbox Seriesbut will also have several additions for old gen versions and even PC buildsA hell of a program.

Patch 1.5 optimizes the PS5 and Xbox Series X/S versions, but not only.

Available on PS5, Xbox Series, PS4 and Xbox One, patch 1.5 will bring a whole bunch of improvements and new content for PC and old gen consoles, as well as the famous optimizations for new gen. Prepare your connections well since the patch in question is several tens of gigabytes on console. 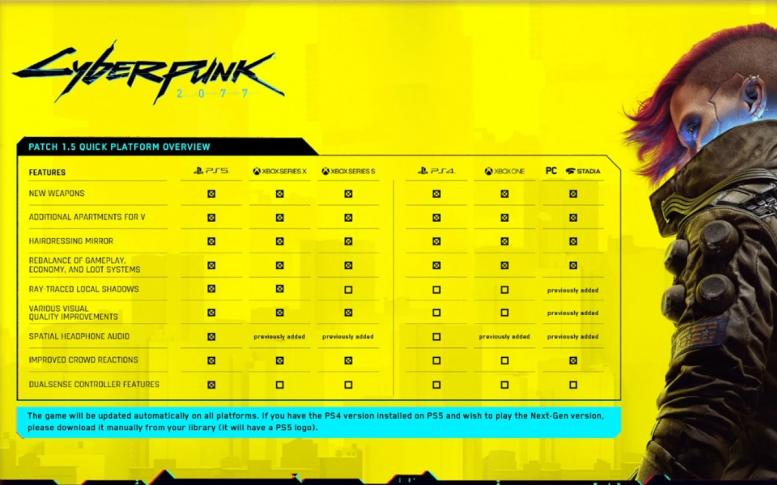