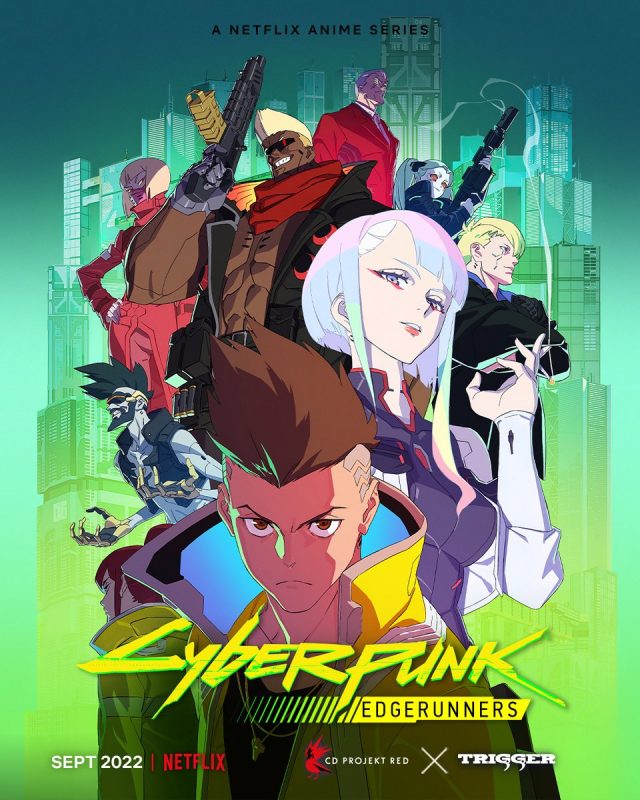 A month before its arrival on Netflix, the anime inspired by the universe of the game of CD Projekt shows itself in a new video for the least explosive.

The universe of CD Projekt will soon have its own anime: an original creation by the studio Trigger, which is known for producing productions as eccentric as they are explosive. And this is what is now shown to us with a new and quite substantial trailer, serving above all to introduce the main characters of the series.

An anime that promises to be eventful

Scheduled to arrive in September on Netflix, at a date yet to be announced, this Cyberpunk: Edgerunners promises to be very eventful, as we could sense from the first preview in June. This is not surprising when you see the studio that is in charge of it. This kind of thing, joyfully eccentric, colorful and full of action, is entirely up to them. Two animes in particular are proof of this: Kill la Kill and Promare. And, it is besides the director of these realizations, having also directed the Gurren Lagan project, who is at the controls of Edgerunners, that is Hiroyuki Imaishi. He is accompanied, for the musical composition, by a famous name in the field of video games: the artist to whom we owe the soundtrack of Silent Hill, Akira Yamaoka.

The animated series will have ten episodes and will have no connection with the events narrated by the game. It will rather focus on the fate of a street kid who tries to get by in the city of Night City. To do this, he joins a group of outlaw mercenaries called the edgerunners. The latter have also taken advantage of the new video posted online to reveal themselves. Here they are:

In addition to the trailer, a small video giving a view on the backstage was also published: