The famous action-RPG and platform game Death’s Gambit arrives on Nintendo Switch in a special edition.

The Spanish distribution studio Meridiem Games and Microids Distribution France have just announced the European release ofspecial physical edition of Death’s Gambit on Nintendo Switch. This collector titled Death’s Gambit: Afterlife – Definitive Edition is the result of the collaboration between Meridiem Games, the publisher Serenity Forge and the development studio White Rabbit. In France, the game will be distributed by MDFnew division of Microids. 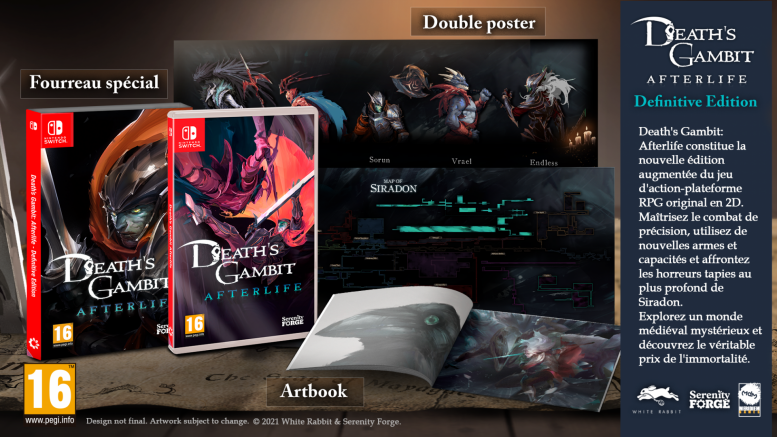 Death’s Gambit: Afterlife – Definitive Edition will include a special scabbardand a artbook and a double poster. Renowned for its original 2D adventure, Death’s Gambit: Afterlife incorporates new content such as a total of 20 levelsi.e. double those offered in the standard version. 3 new endings will also be discovered, 32 new weapons against 11 previously are to be used in order to defeat 6 new bosses, and more than 100 talents are to be mastered.

READ :   Test of OlliOlli World - The indie sensation of this beginning of the year @VGR

It will be for you to face terrifying opponents while using dexterity and strategy to get rid of them. You can count on a choice of seven different classes as well as talents and equipment that will influence the course of the game.
Be careful because death lurks around you.