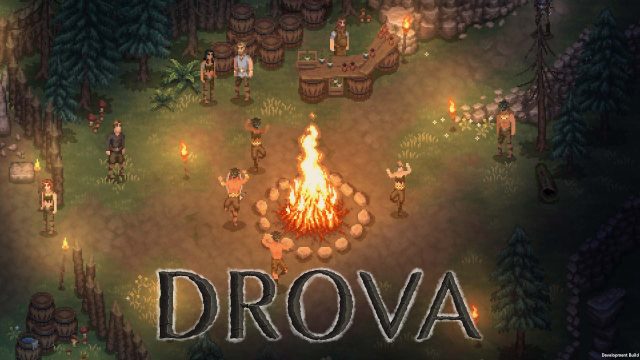 Studio Just2D is now teaming up with Deck13 for the development of Drova – Forsaken Kin, a dark action-RPG in pixel art.

While announcing having taken 30% of the German studio Just2Dthe company Deck13 Interactive (subsidiary of Focus Entertainment) unveils today his arrival on the Drova – Forsaken Kin project. This new title, presented in May 2021, is a dark action-RPG in pixel art where the player must choose one of two factions in an “open and dynamic” world.

The character evolves within a divided society, born from the ashes of a vanished empire, and his choices and actions will determine the fate.

The game wants to be rather close to traditional role-playing games and does not want to take the player by the hand, as we can read in its description:

A society has discovered the power of a dead empire: to capture the spirits that rule nature and rule over them instead. However, the anger of the remaining spirits divides them. Where will you position yourself?

You won’t find quest markers or minimal maps in Drova. Find your own way instead, just like in classic role-playing games. Study your surroundings and use the clues around you to reveal its mysteries.

Inspired by the famous Gothic license (even if the name has disappeared from recent communications and therefore seems to direct the game towards a different universe), Drova is for the moment planned for 2023 on PC uniquely.

Note that a speech around the square nature seems to be presentsince you will encounter forest spirits on your journey and the game has received financial support from the Federal Ministry of Economics and Climate Action.