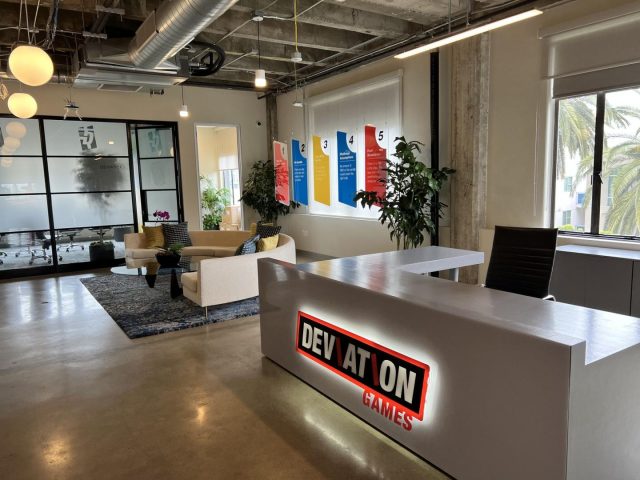 The Call of Duty alumni studio is currently working on an IP for the PS5. A normally independent company which has just opened new premises to the glory of Sony’s console…

As we already knew, Deviation Games is currently working on a first game, an exclusive IP dedicated to the PS5, in partnership with Sony. Still independent until now, this studio founded by veterans of Treyarch (Call of Duty Black Ops, the first Spider-Man trilogy) might be the next member of PlayStation Studios.

Deviation has just unveiled the decor of its new 1000 m2 premises in Santa Monica, Californiawith a large fresco in tribute to the DualSense of the PS5 but also lots of posters with inspiring messages because Happyness Managers had to work hard on the concept.

Most visitors, virtual or otherwise, to these studios have found this: Deviation Games is very, very (too?) close to Sony not to be the brand’s next in-house studio, after that of Haven Studios. If the group has not yet made its decision, the new sets are making big calls to Jim Ryan, and that’s pretty good, since he is in a buying perspective at the moment.

They’ll definitely join PlayStation Studios in the near future.